A crisis has arisen on the Belarusian-Polish border associated with an attempt by migrants from Asia to break through to the EU. What happens at border posts in the Western Bug and Neman regions 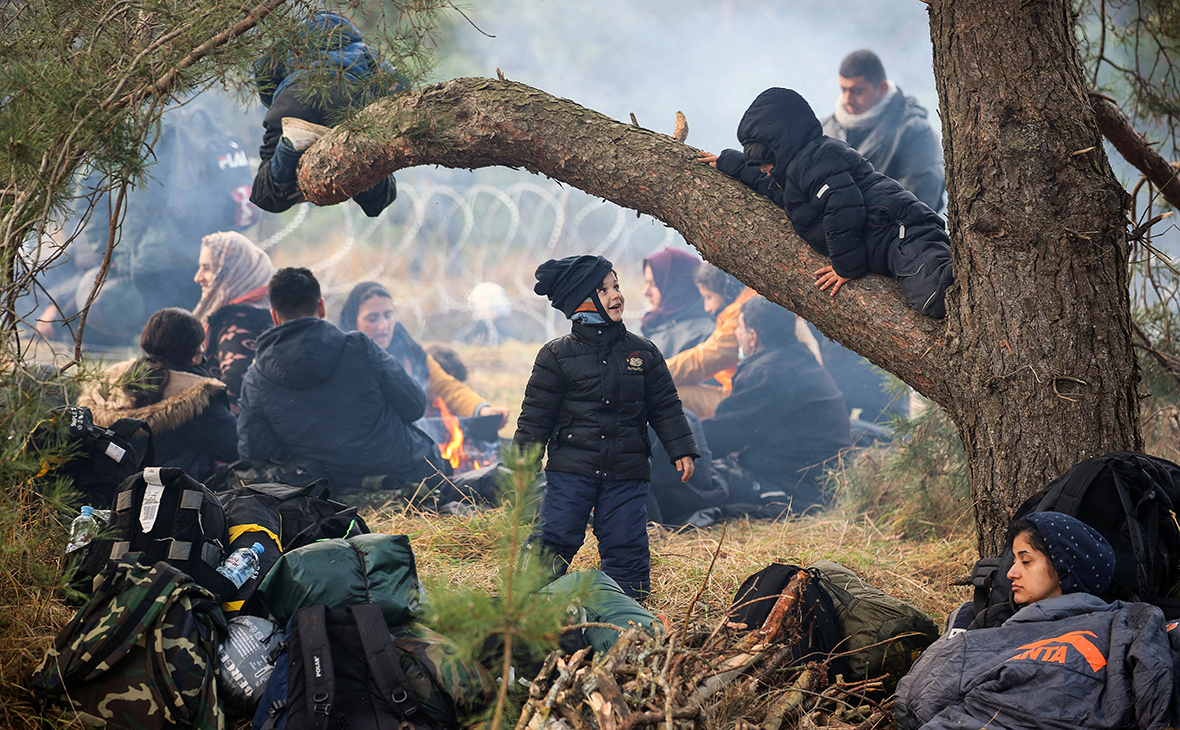 On the morning of November 8, Belarusian Telegram channels and the state news agency BelTA distributed a video showing a column of migrants walking towards the border with Poland. The situation at the border was already tense, but there was no information about the appearance of large groups of refugees.

The Belarusian Border Service said that the refugees took a similar step because of the “ indifference and inhuman attitude of the Polish authorities. '' At the same time, Minsk did not explain where these people came from, how they got there.

Later, a representative of the State Border Committee, Anton Bychkovsky, said that a possible accumulation of refugees at the border could lead to provocations from the Polish side. He argued that the refugees “ organized themselves and decided to draw the attention of the international community to Poland's actions in terms of non-observance of human rights. ''

On the evening of November 8, the Belarusian authorities accused the Polish military of trying to break through the border, and Poles used aviation to exert psychological pressure. In addition, tear gas was sprayed on people seeking protection.

Reaction of Poland and Lithuania

Poland and Lithuania reacted sharply to messages from Belarus. Lithuanian Interior Minister Agne Bilotaite proposed to introduce a state of emergency in the border regions of the country due to the threat of a breakthrough of refugees moving through the territory of Belarus to the border with Poland.

Lithuania's border with Poland is located in the area of ​​the so-called “ corridor Suwalki '', which separates Belarus from the Kaliningrad region of Russia. This is the only way that connects the main part of the EU with the Baltics.

Polish Minister of National Defense Mariusz Blaschak said that the country has increased the number of troops on the border with Belarus to 12 thousand people due to the threat of a breakthrough of the border by refugees from the territory of Belarus.

Who are the refugees and what do they want

How many refugees are on the territory of Belarus is unknown. The head of the Lithuanian border service Rustam Lyubaev said that, according to various sources, there may be from 1,000 to 5,000 illegal migrants on the border of Belarus with Poland.

Until mid-October, citizens of Syria, Egypt, Afghanistan, Pakistan, Yemen, Iran and Nigeria could obtain a visa right at the Minsk airport. This was one of the main reasons why the Belarusian corridor to the European Union was attractive for refugees. However, now refugees can obtain a visa only at the consulates and embassies of Belarus in their countries.

Refugees crossing the Belarusian border usually do not stay in Lithuania or Poland. They usually target countries in Western Europe, where they can be granted refugee status and related privileges. At the same time, in mid-October, the Polish Sejm voted to legalize the expulsion of illegal migrants back to Belarus. Lithuania made the same decision in July.

According to political scientist Andrei Suzdaltsev, the Belarusian authorities have been preparing for a similar scenario lately. “Over the past week, the number of flights that brought migrants have increased. Now two main ports are engaged in this: Istanbul and the Persian Gulf countries, where there are Afghans and Iraqis. The entire center of Minsk is packed with them, even the hostels are packed. Detachments were trained from them. Within a week, a cluster of migrants began to form, they lived in the forests, in tents, they were trained. About 5 thousand people were brought to the road tonight, this was controlled by the Belarusian special services and border guards '', & mdash; he asserts.

Press Secretary of the Russian President Dmitry Peskov, commenting on the situation on the border between Poland and Belarus, called the situation difficult. “ A big burden falls on the shoulders of the Belarusian authorities. Well, here, of course, we have no doubt that the migration services of Belarus are taking all the necessary measures to keep the situation in a legal way. We have no doubt that considerations and possible concerns are taken into account in connection with the fact that these migrants may flow into our territory, '', & mdash; Peskov told reporters.

How it all began

The situation on the borders of Belarus with Poland, Latvia and Lithuania escalated this summer amid disagreements between Minsk and Brussels after the ban on flights to Europe by the state Belarusian airline Belavia. The number of illegal crossings of the EU border from Belarus has increased significantly. On October 14, the Seimas of Poland voted to legalize the expulsion of illegal migrants back to Belarus. From the beginning of October, the migration flow through Belarus to Poland began to grow & mdash; more than 500 people a day. In total, since the beginning of August, the Polish authorities have recorded more than 18 thousand attempts to illegally cross the border from Belarus.

At the end of October, the President of the European Commission Ursula von der Leyen said that she was concerned about the situation on the borders with Belarus. According to her, the European Union in this situation is ready to study the possibility of sanctions both against individuals and companies. Subscribe to YouTube RBC Live broadcasts, videos and recordings of programs on our YouTube channel