We can talk about the continuation of the “closed” Soviet project

During a conference call in the military department, Defense Minister Sergei Shoigu named the unknown S-550 anti-aircraft system among the new weapons systems. Prior to this, the high command did not speak about this development. We tried to find out what it was about. 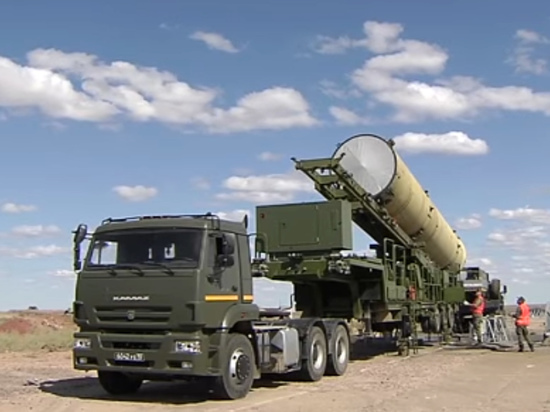 Photo: Ministry of Defense of the Russian Federation

Sergei Shoigu, opening the meeting, recalled a series of meetings on the state defense order that the president held in Sochi last week. Among other things, Shoigu said: “The head of state emphasized the importance of the priority development of domestic air defense-missile defense systems, the supply of S-350, S-500, S-550 systems to the Armed Forces.”

But if The S-350 medium-range anti-aircraft missile system and the new S-500 Prometheus long-range system have been known for a long time, but no one has spoken about the S-550 before.

MK experts familiar with the meeting participants from among the representatives of the industry, claim that they do not comment on the information announced by the Ministry of Defense about the S-550 system.

Some experts have suggested that we are talking about the “well forgotten old”. In Soviet times, when the urgent task was to counter the Reagan Strategic Defense Initiative (SDI) or the concept of “Star Wars”, the Almaz Central Design Bureau began work on the S-550 short-range intercept missile defense system. This name was given to the project of a mobile missile defense system (ABM).

Later, during the time of Gorbachev, when the USSR made all the concessions to the United States on armaments, the S-550 project was safely ditched. It is possible that under pressure from the United States. It was then that the Soviet Pioneer medium-range missiles were destroyed, of which the USSR had more than the United States.

It is quite possible that today it was decided to revive the old S-550 developments.

The Russian military department has not yet given clarifications about the S-550. Perhaps the intrigue will soon be resolved.