The migration crisis may escalate into an armed confrontation

Personnel from the western borders of the Union State – with migrants storming the Polish border fence – give rise to contradictory emotions. Let's start with the positive ones: it is joyful to realize that the Belarusian regime turned out to be not at all as tough as it seemed earlier. Well, more precisely, he has softened a lot lately. Suffice it to recall that one of the leaders of the Belarusian opposition, Maria Kolesnikova, was detained a year ago for illegal border crossing.

It was only later, after the arrest, that Kolesnikova was accused of conspiracy to seize power. And her initial conflict with the law, as described by the Belarusian president, looked like this: “They (Kolesnikova and two of her companions. – AK ) showed their passports at our site. Customs officers and border guards let them through. the state border and the post of Ukrainians. But between these posts – not in vain, probably, we went there – 8-9 kilometers … And there we put up reinforcement … Naturally, they were stopped. They were in their car – on gas. thrown out of the car, well, on the move …

Our border guards, of course, detained her as it should be, I say this as an old border guard, and sent her to the border detachment. “

Such strictness, we repeat, reigned in the borderlands of fraternal Belarus just a year ago. Now it is a completely different matter. No arrests, God forbid. “A large group of refugees with their belongings are moving along the highway to the border with Poland,” the Belarusian state news agency BelTA said on Monday morning./p>

The videos distributed on social networks prove that the phrase about “ensuring the safety of people moving along the highway” is not just empty words. People move along the highway not just like that, but in a relatively slender column – guarded by armed men in uniform. The barking of shepherd dogs is periodically heard. Well, the dogs are, of course, so that the refugees do not get bored. With four-legged friends, the road is much more fun.

What is especially touching: the military escorting refugees do not abandon the poor fellows halfway through – they bring them not just to the border line, but to the area most convenient for illegal crossing. Polite armed men chase the lingering migrants off the highway leading to the official checkpoint and carefully drive them into the forest. Full triumph of humanism!

True, then refugees who did not break through the border, including women and children, were forced to freeze in the same forest. No food, no drink, and often no warm clothing. But this is clearly not the concern of the Belarusian authorities. The Belarusian authorities do not get tired of reproaching Poland, which does not allow illegal migrants, and the European Union as a whole, for its cruelty. And some state propagandists bluntly certify inhospitable Europeans as Nazis and Hitler's heirs.

There is, however, an opinion that this humanism has nothing to do with it. That worries about refugees are crocodile tears, and all taken together is Lukashenka's revenge for the sanctions and the unwillingness of Europeans to enter into dialogue with him. This is confirmed by very transparent hints emanating from the top of the Belarusian “vertical”. “This is a question that can be solved,” says, for example, the head of the systemic Belarusian Liberal Democratic Party Oleg Gaidukevich about the influx of illegal migrants into the country. “Poles should sit down at the negotiating table with the Belarusian authorities and discuss it.” Simply put, we are talking about elementary blackmail. 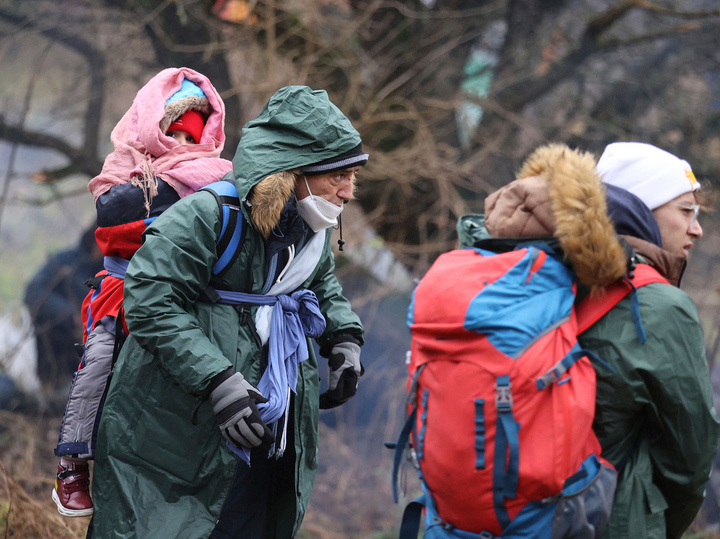 However, the Russian authorities have a different opinion on this matter. And, judging by the statements, it exactly coincides with the official Belarusian point of view. Polish and Lithuanian border guards show cruelty towards migrants trying to break through the border, guided by “nationalist anti-immigrant attitudes of their governments,” the official representative of the Russian Foreign Ministry describes the situation.

And further: “As a result of this arbitrariness, those seeking to enter the EU people, including women and children, find themselves left to fend for themselves with no means of subsistence. ” The fight against the penetration of illegal migrants into the EU tramples, according to Maria Zakharova, “all human rights doctrines taken together.”

The Foreign Ministry, of course, knows better. But such rhetoric, frankly, causes some concern. The danger, first, is that sooner or later these compassionate official statements of our officials will be translated to the refugees. What if they perceive them not as routine propaganda aimed at driving away a geopolitical adversary, but as a manifestation of sincere concern for them? And will they understand where you really need to look for salvation?

Fortunately, there is no need to fly anywhere: they are already on the territory of the Union State. There are no fences or barbed wire on the border between Belarus and Russia. In any case, in forests and copses. In principle, it cannot even be ruled out that the exhausted migrants will show up straight to the Russian Foreign Ministry – being firmly convinced that these compassionate people will definitely not deny them a shelter.

Theoretically, of course, one can see certain advantages in this as well: the Foreign Ministry will have a great chance to show a crippled Europe an example of a correct, humane attitude towards refugees. But costs are also inevitable – overcrowding, unsanitary conditions, unpleasant odors … Will our refined diplomats bear it with all their sensitivity? Question.

But the main risk still lies in the fact that Moscow's unconditional support, to put it mildly, does not stimulate Minsk to lower rates in this increasingly dangerous game. Today refugees are storming the Polish and Lithuanian border with shovels and wire cutters in their hands. And what will happen tomorrow?

The direction that may take the further course of events is suggested by the reasoning of the beloved Lukashenka TV presenter Grigory Azarenka: “The Polish Nazis are very stupid … The brains are not enough to grasp – today you are gasping a woman and a child. Tomorrow there will be a strong man. He is not very good at using a mobile phone, but since the age of five he has been using a Kalashnikov assault rifle. “

Oh, no matter how hard the Slav brothers play.

drins in the military: there was a video of migrants on the Belarusian-Polish border