The politician quickly “sold” shares of his television companies

Before President Volodymyr Zelenskyy signed the so-called “anti-oligarchic law”, the country's main politician-oligarch Petro Poroshenko gave up his corporate rights to two TV channel belonging to him in favor of a certain holding “Free Media”. The presence of their own media, we recall, is one of the “identification marks” of the oligarchs – according to the new Ukrainian law. 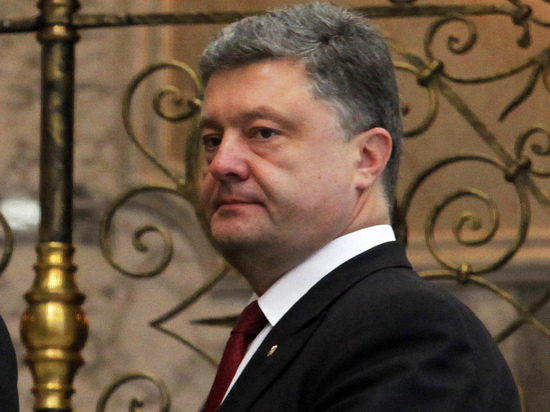 The rating of the current head of the Ukrainian state is “blown away” every month. A short recent stabilization was connected precisely with Zelensky's declared “mortal battle” against the homegrown rich. The people, with horror awaiting the onset of frost, perked up at the thought of the long-awaited “nationalization” of everything illegally acquired by a group of people. The fact that the law would come into force only six months after its signing by the President of the country was not particularly “chewed” on the people.

On the one hand, the law signed by Volodymyr Zelensky is completely absent from any effective mechanisms to “curb” the oligarchs or ways to seize part of their property. On the other hand, based on the decision of the Security Council for a specific person, the Central Election Commission may refuse to register him as a candidate or for deputies of the Verkhovna Rada, or as a candidate for head of state in May next year.

It looks like , it is this consequence of the “sanctions” for Zelensky's irreconcilable rival – Petro Poroshenko – that looks the most frightening.

Yesterday, the Minister of Justice of the Republic Denis Malyuska explained: before the May holidays of 2022, the owners of the largest media should “rid themselves of the signs that qualify them as oligarchs.” And by Monday evening, ex-President Poroshenko had safely “dropped” every single share of the all-Ukrainian TV channels belonging to him. The amounts for which the new owners acquired these same shares have not yet been announced.

Less naive Ukrainians, despite the above, are convinced that Poroshenko remains “under attack” in any case. Because it remains the leader of European Solidarity. That is, it still affects the domestic policy in the country. As for the “significant influence on the media” (the wording from the “anti-oligarchic” law – author), the Security Council is unlikely to “lead” to Poroshenko's actions. The advisory body fully controlled by Zelenskiy will not naively believe in the Free Media artfully spelled out in the setting documents, which were formed as a result of the merger of Poroshenko's allegedly sold TV channels, in their complete independence from their owners and Petr Alekseevich personally. And this means the inevitable inclusion of Poroshenko among the oligarchs. It is not possible to dispute which in the Ukrainian courts during the presidency of Volodymyr Zelensky.

Interesting is the share participation of individual personalities and labor collectives in the purchase of corporate rights to Pryamaya and Channel 5 from Poroshenko. The authorized capital of the Free Media holding is 10 thousand hryvnia ($ 381). The date of creation is November 5 (on this day, Vladimir Zelensky signed an “anti-oligarchic law”). Members of “European Solidarity” invested in the holding in the following shares: People's Deputies Vladimir Ariev, Irina Friz, Victoria Syumar, Irina Gerashchenko – 900 hryvnias (34 dollars), “Pryamoy” itself – 500 hryvnias. ($ 19), former press secretary of ex-President Poroshenko Svyatoslav Tsegolko – UAH 900. In total, within 4 incomplete days, the authorized capital was replenished by … 578 million hryvnia ($ 22 million). Just please don't ask who this mysterious patron of “free media” is.

arrow_back PREVIOUS POST
arrow_backBloomberg learned that Merkel is waiting for a call from Putin because of Lukashenka
NEXT POST arrow_forward
Refugees, Lukashenka and a little nervous: Minsk raised the stakes in the game