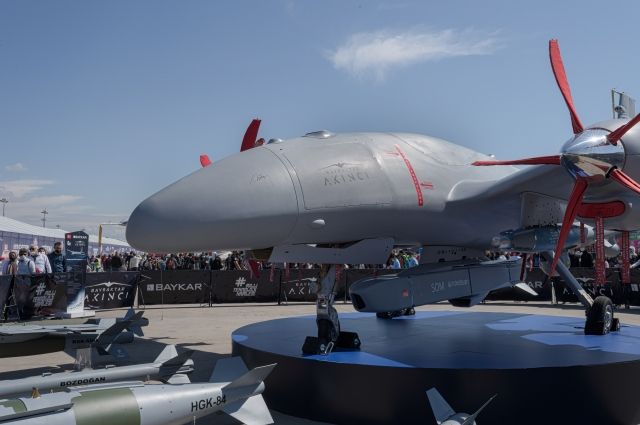 Ukrainian state enterprise “ Ivchenko-progress '' and the Turkish company Baykar Makina signed an agreement on the supply of engines produced in Ukraine for UAVs in Turkey, RIA Novosti reports.

The details of the deal were not disclosed. At the same time, it is known that the Ukrainian company will supply the Turkish side with an AI-322F bypass turbojet engine with an afterburner. during the exhibition of defense industry products SAHA EXPO, which is taking place in Istanbul.

Earlier, the Ukrainian military used the Bayraktar strike drone for the first time in Donbass, it destroyed an enemy's howitzer with a bomb. Turkish Foreign Minister Mevlut Cavusoglu then called on Ukraine not to associate the Bayraktar drones supplied to it with his country.

arrow_back PREVIOUS POST
arrow_backSafronov was reprimanded in jail because of the blade found in his cell
NEXT POST arrow_forward
Will it be possible to return a purchased ticket due to the lack of a QR code?