What measures is being taken by the EU to resolve the migration crisis While immigrants from the Middle East are preparing to storm the Polish border, the EU Foreign Ministers prepared the basis for the introduction of new sanctions against Belarus for the use of migrants for political purposes 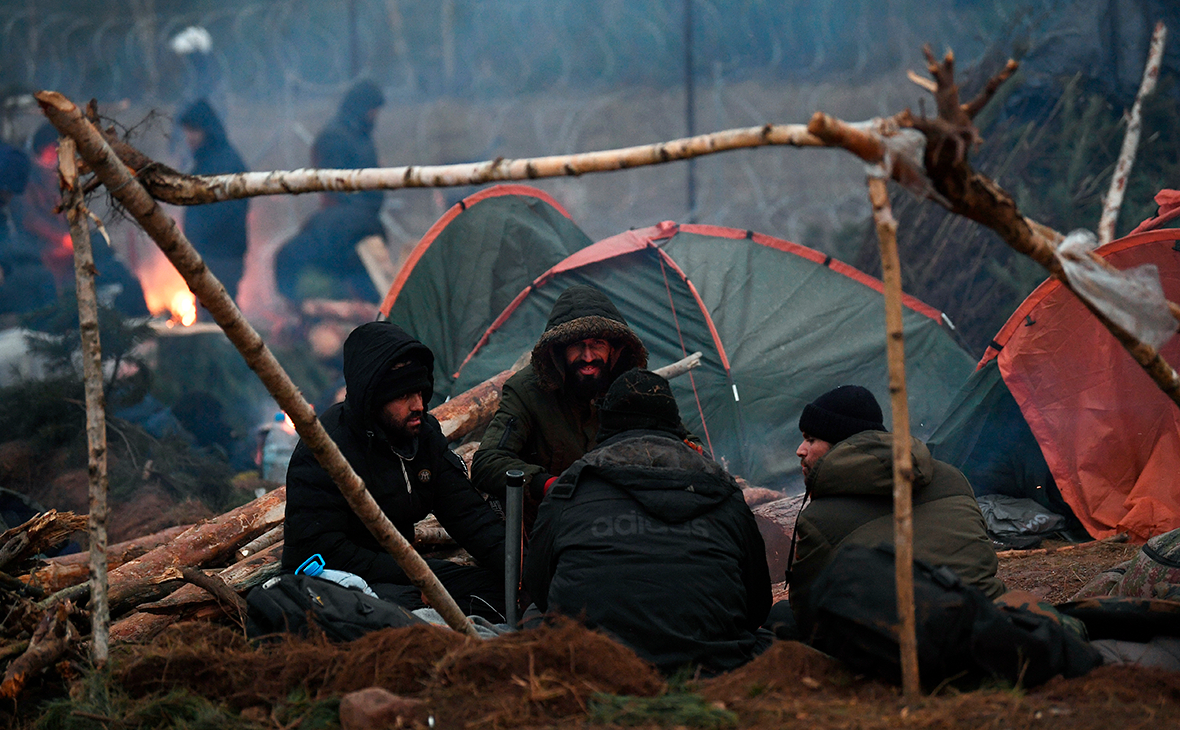 What agreed by the EU foreign ministers

On Monday, November 15, Brussels hosted a meeting of the Council of Foreign Ministers of the European Union, dedicated to the migration crisis on the Belarusian-Polish border. As a result, it was decided to expand the criteria for imposing sanctions against Belarus & mdash; added to this is the use of migrants to achieve political goals (Brussels uses the term 'instrumentalization' for this). “ Today's decision reflects the determination of the European Union to combat the instrumentalization of migrants for political purposes. We confront this inhuman and illegal practice '', & mdash; said EU High Representative for Foreign and Security Policy Josep Borrell.

This decision will allow the EU to impose sanctions on individuals and legal entities. The next step is & mdash; introduction of the fifth package of restrictive measures against Minsk. As the Financial Times writes with reference to EU diplomats, the association is developing restrictions on a wide list of citizens and organizations involved in the movement of people from Syria, Iraq and Yemen to Belarus to the border with the EU. A total of 20 Belarusian officials, Minsk airport and hotels in the Belarusian capital can be blacklisted.

European Commission President Ursula von der Leyen also announced the possibility of imposing sanctions on third-country airlines that facilitate the transfer of migrants to Belarus. “ The coming days will be decisive '', & mdash; she announced at a press conference in Munich. Von der Leyen also called on Russian President Vladimir Putin to influence Alexander Lukashenko, noting that this is important for improving relations between Russia and the EU, and blamed the Belarusian authorities for the migration crisis. “We are fast and determined. This is not a problem of Latvia, Lithuania and Poland, on the one hand, and Belarus, on the other, but a problem of the EU and Belarus. And this is not a migration problem, but an attempt by the autocratic regime, using people, to destabilize its democratic neighbors. It will fail '', & mdash; said von der Leyen.

When EU foreign ministers discussed the situation, about 50 migrants managed to break through the Polish border, and residents of a spontaneous camp near the Bruzgi border checkpoint. moved directly to the territory of the checkpoint. According to the Belarusian Border Committee, more than 2 thousand migrants were at the checkpoint on Monday.

Germany, to which the majority of migrants who are in the spontaneous camp on the Belarusian-Polish border are striving, also did not stay away from the crisis. Even before the meeting of the EU foreign ministers began, Acting Foreign Minister of the Federal Republic of Germany Heiko Maas said that tough economic sanctions were inevitable and that the sanctions spiral had not yet been fully unwound. According to him, Lukashenka initiated the migration crisis in an attempt to achieve the lifting of EU sanctions on the country, but this strategy will lead to the opposite. “ What we see in Minsk, & mdash; it is an inhuman system that uses refugees as a tool to put pressure on the European Union. The situation has gotten worse in recent days, '' & mdash; he stated.

Last week, Munich Mayor Verena Dietl announced the city's readiness to accept migrants in a spontaneous camp. “ We can no longer watch these people remain in a situation of uncertainty and without prospects and even have to die of hunger and disease, '' & mdash; she said. According to Dietl, Munich will ask the German government for permission to receive migrants. There was no response from the German authorities, but Lithuania and Belarus reacted to her statement.

The head of the Lithuanian National Security and Defense Committee Laurynas Kasciunas wrote on Facebook that such ideas could lead to a continuous flow of illegal migration across the eastern border of the EU. “ Of course, everyone has the right to invite or not invite new migrants, but then, honey, send your planes directly to Minsk and transport these flows directly from there, or even better & mdash; straight from Iraq or Africa, rather than drag them through Poland, Lithuania or Latvia '', & mdash; Kasciunas turned to Dietl. According to him, Lithuania is now working to create humanitarian corridors for migrants wishing to return to their homeland. The country is also ready to send humanitarian aid to the refugee camps located on the Lithuanian border, Kasciunas said.

President of Belarus Lukashenko announced his readiness to take migrants to Munich on Belavia flights, adding that they did not want to return to their homeland. The Belarusian president also spoke in the spirit that the EU could accept several thousand migrants.

NATO and UN involvement in resolving the crisis

Polish Prime Minister Mateusz Morawiecki said on Monday about the coordination of Warsaw's efforts with Vilnius and Riga (Lithuania and Latvia are also affected by the migration crisis). According to him, the possibility of using Art. 4 of the NATO Charter, which provides for the possibility of convening the NATO Council if one of the members of the alliance believes that there is a threat to its security. “ It seems to be becoming more and more necessary. Because it is no longer enough for us to publicly express our concerns, & mdash; now we need concrete measures and the participation of the entire alliance '', & mdash; explained Morawiecki.

Alliance Secretary General Jens Stoltenberg said that NATO is actively consulting with Poland and the Baltic countries in order to prevent an escalation of the situation, and expresses solidarity with these countries.

According to Borrell, the EU has not yet discussed the possibility of military liquidation of the migration crisis.

The presidents of Lithuania, Latvia and Estonia on Monday released a joint statement calling on the Lukashenka regime to be condemned for trafficking in human beings, and also appealed to the EU and NATO to intensify diplomatic efforts in the countries of origin of migrants, & mdash; all international organizations should get involved in resolving the crisis on the border of Belarus with the EU. The Presidents called on two UN entities, the Office of the High Commissioner for Refugees (UNHCR) and the International Organization for Migration, to begin making concrete efforts to address the problem.

No landing for Syrians and Iraqis

Several airlines have already refused to take on board the citizens of Iraq, Syria and Yemen if they purchased tickets for flights to Belarus. A similar agreement with Turkish Airlines was announced on November 11 by the representative of the office of the President of Poland, Jakub Kumoh, on his Twitter. A day later, the official representative of the European Commission, Dana Spinant, announced the decision of the Turkish and Iranian air carriers to completely stop selling tickets for flights to Minsk. Iraqi Airways has already confirmed that it does not plan to resume flights to Belarus. Turkish Airlines, in turn, will suspend the sale of tickets to Minsk & raquo;, & mdash; she said. This decision was also welcomed by the International Air Transport Association (IATA).

Belavia Airlines reported that on November 12, the Turkish authorities prohibited her from taking on board the citizens of Syria, Iraq and Yemen. On November 14, a similar ban, which also applies to citizens of Afghanistan, was followed by the UAE. In this regard, Belavia strengthens control over the verification of documents during check-in of passengers for flights from Dubai. Passengers subject to this prohibition will be able to refund the full price of air tickets at the place of purchase '', & mdash; the carrier said in a statement. At Belavia note that the seats on flights were mainly bought by blocks of tour operators. The air carrier denies its involvement in the migration crisis.

Meanwhile, the Iraqi authorities are organizing an export flight for the citizens of Belarus from Belarus. Departure of the first evacuation board from Minsk is scheduled for November 18, said the press secretary of the Ministry of Foreign Affairs of the Republic of Ahmed al-Sahaf, his words are reported by the National News Agency of Iraq.