Rumen Radev called Crimea Russian during his pre-election televised debates. His rival for the presidency, on the other hand, said that “Crimea is Ukrainian.” Kiev called the Bulgarian ambassador and asked to refute Radev's words 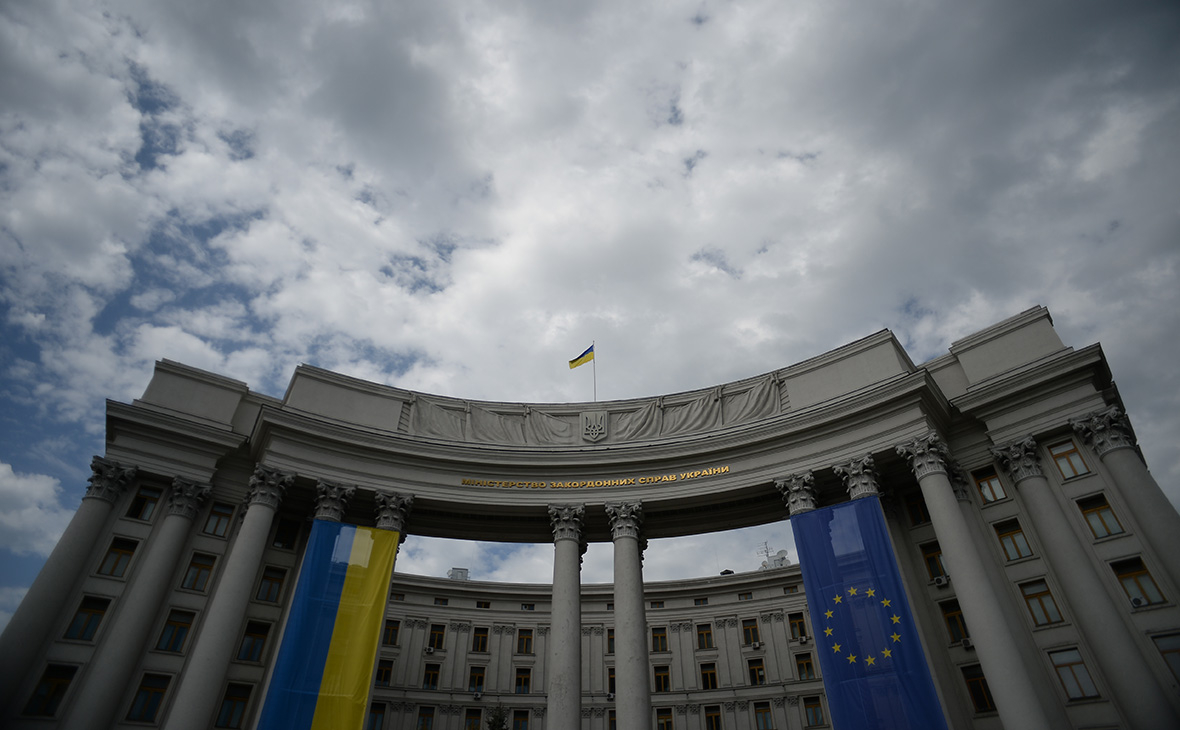 The Ministry of Foreign Affairs of Ukraine summoned the Ambassador of Bulgaria to Kiev Kostadin Kodzhabashev because of the words of the Bulgarian President Rumen Radev that Crimea is Russian territory. This was reported by the press service of the Foreign Ministry.

“ The Ukrainian side brought to the ambassador the position of our state about the incorrectness and inadmissibility of statements by the President of Bulgaria Rumen Radev on Crimea during yesterday's pre-election televised debates, '' & mdash; The statement reads.

The Foreign Ministry stressed that Radev’s words do not contribute to the development of good-neighborly relations between Ukraine and Bulgaria and “sharply discord with the official position of Sofia in support of the sovereignty and territorial integrity of our state within its internationally recognized borders.” “ We expect the President of Bulgaria Rumen Radev to refute his yesterday's statement '', & mdash; added in the ministry.

The ministry noted that Kodzhabashev assured Kiev of Bulgaria's unchanging position in supporting the territorial integrity of Ukraine, including Crimea as an integral part of Ukrainian territory.

Rumen Radev said that “ Crimea is Russian at the moment '', on the eve of November 18, during a televised debate ahead of the second round of the presidential elections in Bulgaria. His opponent, the rector of Sofia University Anastas Gerdzhikov, who nominated himself for the post of head of state, on the contrary, said that “ Crimea '' Ukrainian. ''

Russia annexed Crimea following a referendum held in March 2014. Most of the countries of the world and Ukraine did not recognize the voting results, still considering the peninsula a part of Ukrainian territory. Ukrainian President Volodymyr Zelensky said that the return of Crimea is a matter of time. Russian President Vladimir Putin has repeatedly noted that the question of the territorial affiliation of the peninsula is closed.

Another diplomatic scandal involving Bulgaria occurred after Turkey's Ambassador to Sofia, Ailin Sekizkek, was summoned to the Bulgarian Foreign Ministry, where her attention was drawn to cases of involvement of officials, Turkish political leaders, IDP organizations and the media in campaigning and calls to vote for a certain political party during the presidential and parliamentary elections in Bulgaria (held on the same day – November 14). According to Turkish media outlets, Ankara responded by summoning the Bulgarian Ambassador Angel Cholakov. Turkish Deputy Foreign Minister Faruk Kaymakci called Sofia's behavior inappropriate and firmly rejected allegations of Turkish interference in the elections in Bulgaria.

Center Party Continue Change. won the third parliamentary elections in Bulgaria this year with 25.67% of the vote. The second place was taken by the right-wing GERB-SDS coalition, which was supported by 22.74% of voters. It is followed by the Movement for Rights and Freedoms, defending the interests of the Turkish minority, with 13%.

According to the Central Election Commission (CEC) of Bulgaria, Rumen Radev received 49.41 % of votes. This indicator is not enough to win the first round, so on November 21, the second round will take place, in which Radev's rival will be the representative of the GERB party Anastas Gerdzhikov, supported by 22.82% of voters.