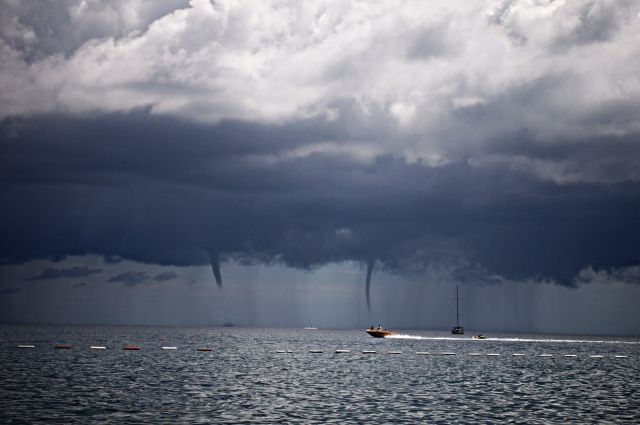 Rescuers warned of the formation of tornadoes over the Black Sea. This was reported on the website of the Main Directorate of the Ministry of Emergency Situations of the Krasnodar Territory.

Rescuers recalled the rules of conduct in the event of a dangerous natural phenomenon on land. It is necessary to take refuge in a ravine or depression, lie down and snuggle to the ground. Also, while outdoors, avoid electrical wires, advertising structures and fences.

Earlier it was reported that four people were victims of floods in the west in Canada.