After a limited CSTO peacekeeping contingent, mainly consisting of Russian paratroopers, was sent to Kazakhstan at the request of President Tokayev, many experts immediately recalled that this is not the first time in its history that Russia has sent troops to quell unrest. They even remembered the Holy Union – an organization created in 1815 after the Napoleonic wars by Russia, Prussia and Austria to protect the monarchies of Europe. MK spoke with political scientist Alexei Makarkin about how much the actions of Russia in the 21st century resemble those of the Russian Empire in the 19th century, and what consequences they can lead to. 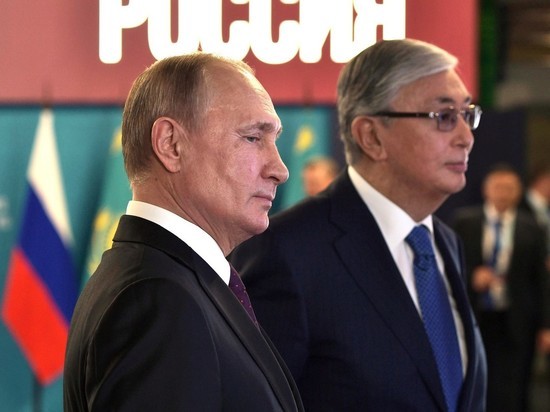 – It would be risky to draw analogies with the Holy Union, although, of course, there is something in common. The fact is that the Holy Alliance (almost all monarchies of continental Europe joined it, except for Turkey and the Vatican – “MK”.) Was based on the principle of very strict legitimism, which means: the violent overthrow of the ruling monarch is not permissible, and actions contrary to legislation of the given country, too. Guided by this principle, the Russian Emperor Alexander the First, the main initiator of the creation of the Holy Alliance, did not help the Greek rebels fighting for independence from Turkey in 1821, because His Majesty the Sultan of the Ottoman Empire was the legitimate monarch. And although Alexander was urged in every possible way to show solidarity with Christians, he did not go for it, because for him legitimism was higher than the idea of ​​Christian identity. Only after the death of Alexander the First, Emperor Nicholas I began a war with the Ottoman Empire under the slogan of protecting co-religionists, while keeping in mind certain geopolitical plans, and as a result, Greece became independent in 1832.

Let's see how modern Russia behaves. Not at all like the Holy Union, for example, the story of 2010 in Kyrgyzstan (a member of the CSTO – “MK”.). Kurmanbek Bakiev was a completely legitimate president, he is being overthrown by the opposition, and what is Russia doing? He immediately recognizes this opposition. In the post-Soviet space, if someone was then an adherent of the strictly legitimist approach characteristic of the Holy Union, then Alexander Georgievich Lukashenko (Belarus is a member of the CSTO, – “MK”.): He first supported Bakiyev, then warmed him up at home, and generally very reluctantly agreed to recognize the coming to power of new forces. Why was Russia not at all against, one might say, revolutionaries? Because the legitimate President Bakiyev had a sin: he promised to remove the American military base from the territory of Kyrgyzstan, but did not remove it, but only renamed it and considered that he was the smartest – and there was no base, and the Americans remained … And the new authorities that came after the revolution , and President Almazbek Atambayev, elected in 2011, promised to remove the Americans from Kyrgyzstan, and they did.

– Yes, it didn’t. But this was primarily due to the fact that Lukashenka was against, because it was the new authorities who asked for help.

– The situation, of course, is developing, but while maintaining the same vector.

– Yes, the main thing is not Americans.

– Not everything is in the nature of a direct clash between Russia and America. By the way, now, in the case of Kazakhstan, America is still moving away from this topic – like “guys, figure it out yourself” …

There are more recent examples that show that counter-revolutionary legalism in Russian politics is far from the only principle. On the one hand, many years have passed, Ukraine has alternately elected two presidents – first Petro Poroshenko, then Volodymyr Zelensky, but the Russian leadership continues to talk about a coup d'etat and some illegitimacy of the current Ukrainian government, because in 2014, when President Yanukovych was removed, it was violated the law and he was forced to leave office under threat of force. Here, formally, Russia seems to be acting as a Holy Union: they say, all procedures must be followed to the point, and if not, we do not recognize this … But in Kazakhstan, Nursultan Nazarbayev was the chairman of the National Security Council for life. Elbasy, “the leader of the nation.” (The special status of Nazarbayev was enshrined in the constitutional law “On the first president of the Republic of Kazakhstan – Elbasy” and the law “On the Security Council of the Republic of Kazakhstan.” And what is Russia doing? Calls him and says that you, they say, dear, have no right, is it not legitimate? No, Russia does nothing of the kind. She recognizes and supports President Tokayev and relies on him.

So the policy of modern Russia is more reminiscent not of the Holy Alliance of the times of Alexander the First, but of the foreign policy of Nicholas the First, who acted not in accordance with the romantic principle, but pragmatically, and could, as we have already said, fight a completely legitimate sultan, helping the Greek rebels. Another typical example: Nicholas I reacted very negatively to the overthrow of the Bourbon dynasty in France as a result of the revolution of 1830, the new king, Louis Philippe, although he was also a relative of the Bourbons, was considered a usurper, because he sat on the throne as a result of the revolution. But he recognized and pragmatically built relations when Louis-Philippe abandoned an active policy on the European continent and did not help the Poles, who also staged a revolution after the French. Because it was then most important for Nicholas to reconcile and control Poland.

– After the overthrow of the French king Louis Philippe in 1848, the Poles were again excited, and then there was the national liberation revolution in Hungary, which was then part of the Austrian Empire. And the Russian tsar needed not only to help the then very young Austrian emperor Franz Joseph, but also to crush the revolutionary movement, which could spread from Hungary to Poland. That is, Russia did everything to prevent the infection from spreading to Poland, and from there to St. Petersburg – such was her interest.

– Certainly. And although many of our observers now generally perceive everything only through the prism of relations with America, in Kazakhstan there is an obvious desire to prevent the domino effect in the presence of Afghanistan, where the Taliban are in power (recognized as terrorist and banned in Russia). At first, Russia tried to improve relations with them, but it did not work out very well, as we can see.

– Now the Taliban, by the way, emphasize their restraint in relation to what is happening in Kazakhstan, although they are radicals and terrorists, they are not crazy. Why did Vasiliev say about Afghanistan? The fact is that in addition to the Taliban, there is ISIS in Afghanistan, which is also banned in Russia and terrorist. And from Kazakhstan at one time quite a lot of people left for ISIS, some of them were in Syria, some in Afghanistan. Probably, there are fears that among the people who participated in the pogroms there may be sympathizers of both ISIS and the Taliban – radicals who returned home to their families, where they lived quietly until the last moment …

– “Allahu Akbar” was heard there, and this is a bell, a signal that some of the rebels may be Islamists. And now Russia has decided to rely on a legitimately elected leader who has shown that he can lead and is more capable, although he clearly violated the Constitution by dismissing Nazarbayev. By the way, where Nazarbayev is now is not clear at all.

– Yes, a few years later, when it was necessary to fight the same Sultan, and the Sultan was supported by England, France and Sardinia and the Crimean War began, Nicholas turned to Franz Joseph, and he not only did not help, but also showed obvious hostility. Because everyone has their own interests. And Tokayev too. He is an experienced diplomat, who was previously the UN Deputy Secretary General and Foreign Minister, and he understands that now he needs Russia not only to suppress the uprising and put an end to the radicals, because there are people with weapons there, and there is a real armed confrontation, no it is not an imitation. Tokayev needs an additional power resource to build relations with the Kazakh elite, because the National Security Committee was completely under Nazarbayev's control until the last days, the situation is not clear in the army, where all generals owe their stars to Nazarbayev …

– To extend the presence of the CSTO contingent, it will be necessary to obtain the consent of all CSTO members. Of course, this seems like a simple formality, but look how long it took to persuade Kyrgyzstan to agree to send its military to Kazakhstan, and how clearly relations with Armenia, with Pashinyan (Nikol, the president of Armenia and the current chairman of the CSTO – MK. ), whom everyone is scolding now …

And look what the CSTO Secretary General Stanislav Zas, a Belarusian leader, is saying now: the mission will be short-term, maybe days, maybe weeks. Yes, in Russia there are already proposals (though not from the government) to stay in Kazakhstan forever, to create military bases there, to establish a protectorate … But everything is more complicated than it seems. And the President of Kazakhstan, who is now clearly grateful to Russia, will continue to proceed from his own interests, which are that Kazakhstan should be an independent state, and he is the real president of a truly independent Kazakhstan, and not a manager of some kind of protectorate.