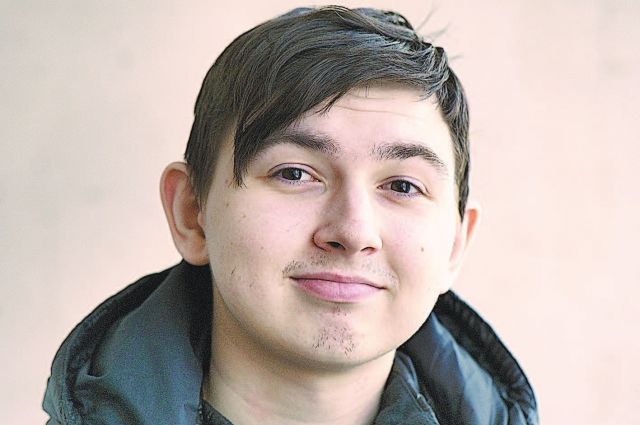 They say that everything bad should remain in the old year. You should take the best into the new one. Therefore, we tried to have time to redo all the most important things before January. Someone did it. And Nikita Surikov & ndash; didn't work out. Not enough quotas. & Nbsp; Nikita Surikov (17 years old, Moscow) needs help and needs to urgently replace his defibrillator. 563 thousand rubles are not enough.

Have you watched TV series about doctors? In any of them there is a scene when the patient's heart suddenly stops, but the doctor immediately puts two irons on the patient. and shouts: “ Discharge! Another discharge! '' The heart starts up, life goes on & ndash; and & shy; series too.

So, in the heart of Nikita Surikov there has been such a resuscitating defibrillator for several years. When Nikitin's heart stops, the device should give a shock and start the motor. This was the case until recently. And now the defibrillator has broken down and shocks the teenager just like that. Not in the cinema & ndash; in real life.

Before this breakdown, there were already enough blows in Nikita's life. At first I was left without my mother & ndash; with dad, grandmother and two uncles in a small apartment in the east of Moscow. And soon, instead of mom, Aunt Larisa appeared, dad's cousin who lived next door. Nikita was 3 years old, and he no longer remembers one important morning in his life. How the first frost tickled my nostrils, and in the church near the Izmailovsky cemetery there was a thick smell of incense. He was baptized that day. Aunt Larisa became Nikita's second mother according to the laws of God. And she was officially recognized as the teenager's guardian only last October.

Dad and grandmother left one by one. Diseases, age & hellip; Thanks for the uncles & ndash; they care, help, and even in Nikita's room they did not change anything. She remained behind him & ndash; let him come when he wants. It's just that Aunt Larisa silently handed him the keys to her odnushka, and he silently took them. 17 years old, almost a man, what is there to explain?

“ Nothing has changed in our life with Nikita. Except that his bed and his desk are now in my room. I've been with him all my life. And I know his history thoroughly '', & ndash; says Larissa.

The story is this: Nikita was just a toddler when he first lost consciousness while playing in the sandbox. Grandmother rushed to him, and he went limp in her arms and turned blue. Cardiologists, according to 'shy', diagnosed: lengthened qt interval, or, as it is also called, sudden death syndrome. Nikita spent several years on blockers, and then surgery was required. First, our foundation paid for an operation to denerve the heart, and later the teenager was given the same life-saving defibrillator.

With him, Nikita graduated from 9 classes and entered college for robotics. And also uncle Vova and uncle Fedor paid for his music lessons. He now plays guitar in the band. “ We are planning to hire a math tutor for Nikita. After college, he needs to go to college. Music & ndash; for the soul, and the profession & ndash; for life '', & ndash; says Larisa … She herself was orphaned at the age of 15, and her own aunt (twin sister of Nikita's grandmother) became her guardian. Thanks to her aunts, she grew up and trained to be an intensive care nurse. And now she is giving her debt to her godson. She completed a course of study at the school of foster parents and regularly meets with the inspector from the guardianship every three months. “ You need to have time for everything and think about everything. Call the guardianship and ask to move the meeting, check the parental chat, meet with the grandchildren (they are a little younger than Nikita), and at the same time the hospital is under such pressure! Well I issue vaccination certificates. You yourself understand how much work we have. But now all this was from & shy; went into the background, because Nikita is in trouble. ''

It all happened in the college gym. Because of his heart, Nikita is removed from physical education, but sometimes he comes to the lesson for a company with other guys. He did not run or jump that day. I just threw the ball into the volleyball hoop and felt the first shock & ndash; sharp pain in the chest. History repeated itself twice. And it will repeat itself again. Cardiologists cannot help now, because the implanted defibrillator cannot be repaired. You can only replace it with a new one, but you only have to wait for the quota for the operation. And Nikita, who is being shocked by electric shocks, cannot be expected. The disease is still with him, the heart can stop at any moment. Only nothing will start it up again. There will be no discharge, then & ndash; one more. Alas, this is not a series where doctors always have time to come to the rescue. But this is the very life where & shy; strangers help each other just like that.

We can save Nikita for the second time. We, too, will be given this debt someday.

Head of the Department of Clinical and Interventional Arrhythmology, N.N. Veltischeva Vladislav Solovyov:

& ndash; Nikita Surikov, a patient with life-threatening arrhythmia and risk of sudden death, was diagnosed with an endocardial electrode fracture and a beginning depletion of the cardioverter-defibrillator power supply. An urgent revision of the system and a change in the power source of the device are required. But quotas at the end of 2021 have ended, and this year they have not been allocated yet.

Do not forget, & nbsp; please confirm the payment by return & nbsp; SMS!

By making a donation, you agree & nbsp; to receive informational messages.

Charitable Foundation “AiF. Kind Heart ”since 2005 has been helping children and adults with various diseases. You can help those who need support sign up for a regular monthly donation of 30, 100 or more rubles.

arrow_back PREVIOUS POST
arrow_backArmenia reported the death of two soldiers on the border with Azerbaijan
NEXT POST arrow_forward
Peacemakers are different. Which CSTO countries are responsible for what in Kazakhstan