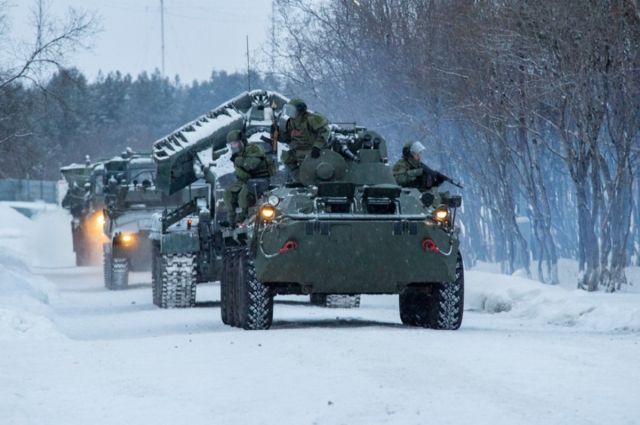 It is noted that units of the Vislenskaya and Yelninskaya & nbsp; motorized rifle divisions are taking part in the maneuvers. Thus, they will work out the methods and tactics of performing combat missions in the context of modern combined arms combat. The main emphasis in the exercises will be placed on the execution of control firing from small arms and standard armament of armored vehicles. In addition, servicemen will take part in marches with active opposition from reconnaissance and sabotage groups of a simulated enemy, and will also practice the skills of setting up and defending strong points.

At the end of the maneuvers, all units will take part in a training battle. During it, the crews of tanks and infantry fighting vehicles will have to jointly hit targets at different distances.

It is known that about 300 units of military equipment will be involved in the training.

Earlier, the Russian Embassy said that Russia has the right to independently decide where to deploy troops inside the country.