You are being fined for working

On January 12 (right before the Old New Year), the President of Russia made a real gift to tens of millions of Russian pensioners. The government decided to index pensions by 5.9%, and the president said: “Not enough!” 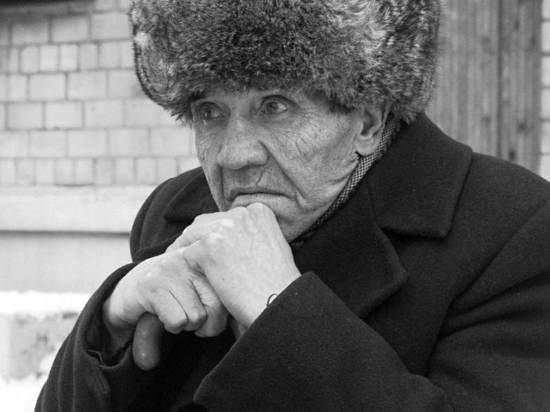 According to experts, inflation, calculated on the goods that people buy daily, reached 17% last year. And if you look even more specifically (according to the Ministry of Economic Development): over the past year, chicken has risen in price by 29%, buckwheat by 25%, eggs by 21%, carrots by 35.6%, potatoes by 62.5%, cabbage by 124%. So if you count cabbage, then the pension has depreciated more than twice.

Not all? Of course, not all. But the part of the pension that was spent on food depreciated greatly. And since a person did not eat half as much, almost the entire pension began to go to food.

The pensions of ordinary and still living people are small. Many pensioners are either below the poverty line, or right on this line. But the Pension Fund should have a lot of money. There is all the money that people earned for their pension, but died without receiving it, without waiting.

We have in our hands a will that a dying man wrote a week ago (the name and surname are in the editorial office).

“Dear ministers and deputies, I am dying just one day short of retirement. I have never received it, but I have earned it and could receive it, and should have received it for many years; for example, like the Japanese, who live on pension for 20–30 years (they have a different life expectancy there). Of course, I would like to bequeath my pension to my children and grandchildren, but you, dear ministers and deputies, deprived me of such an opportunity without even asking. So you need it more.” We have reduced rude and offensive words.

This man was dying in full consciousness and even, as we see, retained a sense of humor, black humor. But it's not a joke, it's the truth. Every dead old man, every dead old woman donates their money (earned by many years and often hard work) to the Pension Fund. And those who just barely survived until retirement donate a lot. But the Pension Fund is not enough. And in 2015, he simply stopped indexing pensions to working pensioners.

For this purpose, the State Duma adopted a special Federal Law of December 29, 2015 No. 385 “On the suspension of certain provisions of the legislative acts of the Russian Federation and features of the increase of the insurance pension, the fixed payment to the insurance pension and social pensions.”

It turns out that the state monthly, for six years in a row, fines 9 million citizens for that they work.

Firstly, this is very insulting and unfair. If a person works, it means that he is doing something useful for the country, for society. At least he pays taxes. It turns out that he is fined every month for paying taxes every month.

Secondly, it is illegal. Article 55 of the Constitution of Russia (as amended during the all-Russian vote on 07/01/2020) states: “Laws that abolish or detract from the rights and freedoms of man and citizen shall not be issued in the Russian Federation”.

“Decrease” means to diminish. Indexation of pensions for everyonepensioners was established by the Federal Law of December 15, 2001 No. 167 “On Compulsory Pension Insurance in the Russian Federation”. The law of 2015, which abolished indexation for working pensioners, reduced their rights, worsened their lives, and we have no doubt that thereby shortened the lives of the disadvantaged.

Here is an ordinary working Russian family, a unit of society (names and address are available):

Mother is 71 years old, works as an overhead crane operator, 52 years of experience, “clean” salary – 25 thousand, pension 16,900 (she is not fired because the profession is scarce).

The daughter is an accountant in some kind of sharashka office, the salary is 21 thousand.

Do you list the cost of rent, travel, medicines? In total, this family with two workers and one disabled person receives 87 thousand per month. Not bad? Certainly. Only five times less than the salary of one State Duma deputy.

Deputy's pension is several times higher than the average in Russia. A deputy who has worked for at least five years receives a surchargeto a pension in the amount of 55% of the monthly salary. Anyone who has served as a deputy for two terms (10 years) receives a surcharge 75%.

All out-of-town deputies and members of their families are reimbursed for the costs of moving to Moscow, and upon termination of deputy powers – back (to a permanent place of residence). Each member of the family receives a quarter of the monthly deputy salary for moving … We will stop here, because we don’t have enough time to write about deputy benefits, and readers don’t have enough patience calmlyread. In addition, each deputy manages a budget of 1,500,000 (one and a half million) rubles a month for the salary of his assistants.

Everyone understands everything. Competition for deputies, like girls in theater institutes – a hundred people per seat. Is it with such force that people are eager to give all their strength for the good of the people? Or are they eager to share the budget and personal benefits? The answer is known.

At 50, not the 8% that official inflation is marked with.

6 thousand a month is 72 thousand a year the state takes from a poor little pension. If you worked well and you have a pension of 24 thousand, but you continue to work, then you are fined more than a hundred thousand a year. From nine million working pensioners, about a trillion a year comes up.

Even employees of the Pension Fund cannot accurately calculate, because (in the process of constantly improving the quality of calculations) the coefficients gradually acquired prohibitive complexity – computers break down, calculating kopecks and fractions of kopecks . After all, everyone should receive in fairness, or rather, according to the law on the features of the increase.

Do you want to legally increase your pension by one and a half times? Resign, and your pension will be recalculated with all indexations. And then return to work (if they take you back) and from now on you will receive real justice.

arrow_back PREVIOUS POST
arrow_backMysteriously disappeared: how the USSR and tsarist Russia hid the deaths of top officials
NEXT POST arrow_forward
A breakthrough is far away: a week of negotiations between Russia and the West ended inconclusively