A faction of the British Conservative Party did not vote in favor of a vote of no confidence in Prime Minister Boris Johnson. 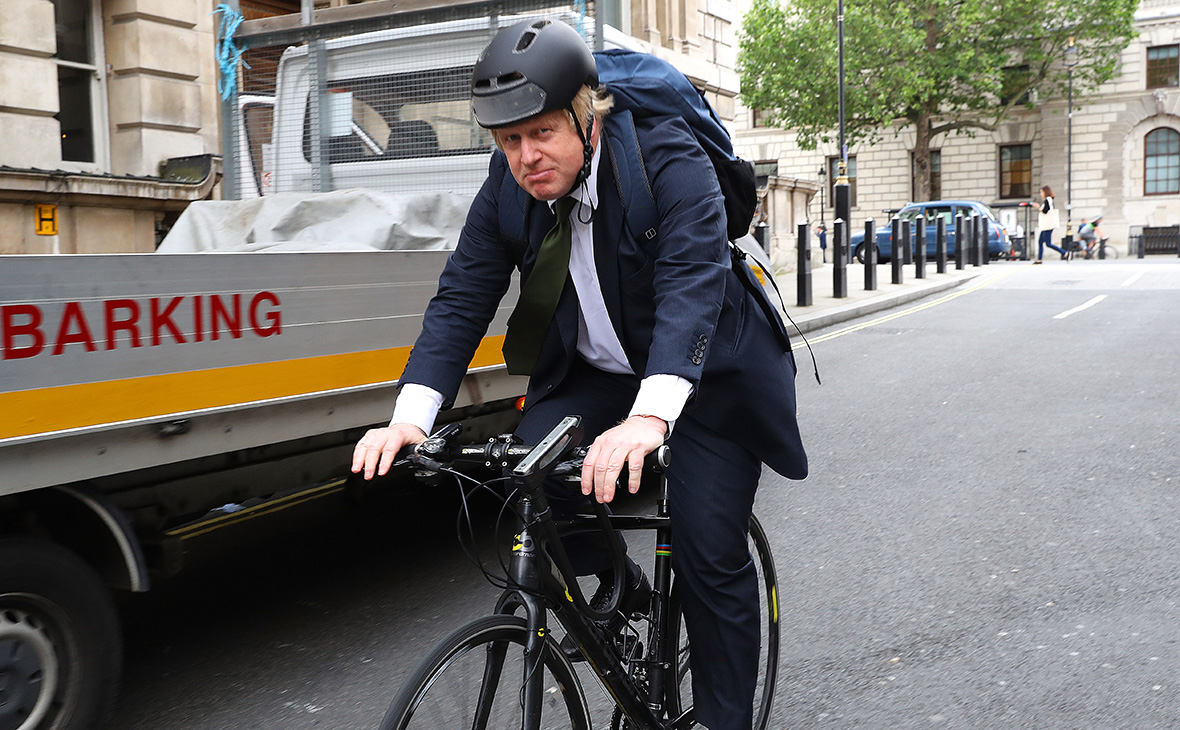 What prompted the no-confidence question

Doubts on the part of conservatives about Johnson’s ability to continue not only to lead the party, but also to lead the country, gave rise to a scandal that broke out at the end of 2021 related to Johnson’s non-compliance with the proposed measures to combat the spread of coronavirus. The scandal, known as Partygate, began after the British media released information that parties for members of the government and other officials were held at the residences of the prime minister in Whitehall and Downing Street, while the country was under lockdown and such events were prohibited. .

London police are continuing to investigate at least 12 parties that took place between May 2020 and April 2021, including a June 19 birthday celebration for Johnson. Photos leaked to the media showed large gatherings of people and alcohol on tables, which went against current UK lockdown rules and called into question the government's version of the working nature of the meetings. A number of incidents have already been resolved— they violated the rules established at that time. Several officials, including Johnson himself, were required to pay fines. The prime minister was found guilty on one episode, for which he paid a fine, becoming the first prime minister of Great Britain to be held accountable for breaking the law. The size of the fine issued by the police or the office of the prime minister was not called, but according to The Guardian and other British media, it amounted to £50.

In addition to the police investigation, a government investigation was also carried out. On 31 January 2022, Sue Gray, Second Permanent Cabinet Secretary, released the first version of the Downing Street party report. In it, unlike the investigation conducted by the police, it was about 16 incidents. Gray concluded that a number of them were “impossible to justify” against the backdrop of restrictions required from the population, and some “simply should not have taken place.” In the report, Gray denounces the excessive consumption of alcohol by officials. During the investigation, a team led by Gray interviewed about 70 people, reviewed email and messenger data, visit logs and photos leaked to the media. The final version of the report was presented on 25 May. It said that high-ranking officials made mistakes in judgment and showed qualities unworthy of leaders, for which they should be punished.

Johnson publicly apologized twice for attending parties (though he did not attend all events). The first time he did this was before the House of Commons in April, and then— following the presentation of Gray's report on 25 May. On that day, he partially admitted his guilt, but refused to resign. “This does not mean that I do not take responsibility for everything that happened. I bitterly regret this, — Johnson emphasized.

Read on RBC Pro Pro Loans and deceit in Bolt: how $11 billion fintech is collapsing : how the commodity crisis will change the position of the world currency What awaits the industry Articles Pro What to do if the employer forces you to quit Articles Pro Russian consultants separated from global offices: what does it give them Articles Pro How to repay the debt during the moratorium on bankruptcy Instructions

What awaits Johnson and the government

< p>The issue of a vote of no confidence became possible after 54 deputies from the Conservative Party sent letters to Tory official representative Graham Brady, in which they called on the latter to initiate the procedure. To launch it, it is necessary to collect the votes of 15% of the Tory deputies in the House of Commons. There are currently 359 of them, and in order for Johnson to remain in his place, he needs to enlist the support of 180 Conservative MPs (50% plus one vote).

After the vote was announced, the prime minister's office issued an official statement in his support. “We have a chance tonight to end months of speculation and let the government draw the line and move on,” the message says.

Johnson himself sent personal messages to the Conservative MPs asking each for their support. According to the Daily Mail, the British prime minister spent an hour on this. A copy of Johnson's letter has been leaked to the media listing his accomplishments during his time at Downing Street. He mentions the successful fight against the coronavirus pandemic, providing support to Ukraine in the confrontation with Russia, notes “European leadership” Great Britain in this matter, as well as the migration agreement with Rwanda (it allows the expulsion of illegal migrants who arrived in the UK) and promises new successes for the government. According to Johnson, the no-confidence vote— this is the “golden chance” get away from Partygate. “I am absolutely sure that if we can unite in the coming days, then in time we will win again, justify the trust of the 14 million who voted for us, and continue to serve the country we love,” — summed up Johnson.

Almost all members of his cabinet came out in support of the prime minister, including Deputy Johnson, Attorney General Dominic Raab, Defense Secretary Ben Wallace and Foreign Minister Liz Truss. “The Prime Minister has my 100 percent support in today's vote, and I urge colleagues to support him,” she wrote on Twitter. Still, Johnson's outlook for the day was mixed. Daily Mail contributor John Stevens on his Twitter kept count of the deputies who announced that they would support the prime minister. By 15:00 London time (17:00 Moscow time) there were 90 people on his list. However, according to Stevens, this is not a good sign. He recalled that the last time the Tories tried to pass a vote of no confidence in Theresa May was in 2018. Then he kept a similar count, and, unlike Johnson, May could be sure of her victory by lunchtime (as a result, the votes were distributed in her favor with a score of 200 against 117).

The Opinium Sociological Center held in Monday an extraordinary public opinion poll, which gave the following results: 59% of respondents were in favor of a vote of no confidence in Johnson. Among those who support the Conservatives, this figure was 34%.

If the Conservatives managed to pass a vote of no confidence in Johnson, he would leave the post of party leader and prime minister, and the Tories would be required to choose a new prime minister. During the transition period, Johnson would continue to serve as head of government. Now that he managed to survive, he received immunity for a year— during this period, the party will not be able to initiate this procedure again. At the same time, as history shows, British leaders who had to face a vote of no confidence, even if they won, left the post of prime minister after some time.

Authors Tags on our RuTube channel