The apocalyptic predictions of Ukrainian activists who warned yesterday that attacks on drilling rigs of Chornomorneftegaz in the Black Sea can cause an ecological disaster in Odessa. From “pearl by the sea” the platforms hit by missiles are only 70 km away. Since the fire caused by the shelling “went down the well”, the towers cannot be extinguished for the second day. They smoke right in front of the port city. But the residents of Odessa are now worried not so much about the ominous black smoke on the horizon, but about Russia's retaliatory measures. 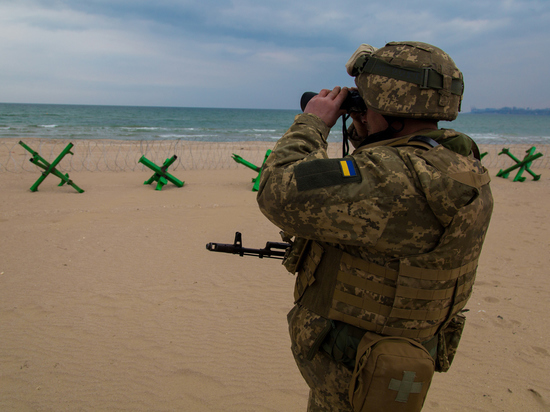 Frightened residents of Odessa sit in basements and wait for the arrival of Russian ships to the shores of Odessa. News that the squadron of the Black Sea Fleet “lined up in battle formation” and goes somewhere, – today's main horror story of local social networks.

Sometimes in such reports, instead of the fleet, a squadron of Russian Su-30s appears, flying to Odessa in full combat readiness. Air raid alerts sound several times a day. Against this background, any “bang” perceived as “a harbinger of the storm.”

On Tuesday morning, the news flew across Odessa that a Ukrainian ship was firing with someone in the water area, which was confirmed by the clearly audible sounds of explosions. Later it turned out that this was just a minesweeper that “breaks mines”, clearing the way for the export of grain from the port. It is also reported that the Coast Guard of the Armed Forces of Ukraine in the Odessa region has been put on full alert.

Ordinary Ukrainians will pay for the attack of the Armed Forces of Ukraine, Aleksey Arestovich, the mouthpiece of Kyiv propaganda, warned in another video message. The politician was very puzzled by retaliatory strikes “on decision-making centers”, after which he suddenly turned to ordinary residents, recommending “hide away from sin.”

Indeed, there were retaliatory strikes, but on infrastructure facilities of the Armed Forces of Ukraine. The official Telegram channel of the Ministry of Defense of the Russian Federation reported that the “high-precision missile” Onyx ” coastal missile system “Bastion” an attack was made on the Artsyz airfield in the Odessa region. As a result of the strike, the Bayraktar TB2 unmanned aerial vehicle control station was destroyed. and two unmanned vehicles of this complex on the ground». 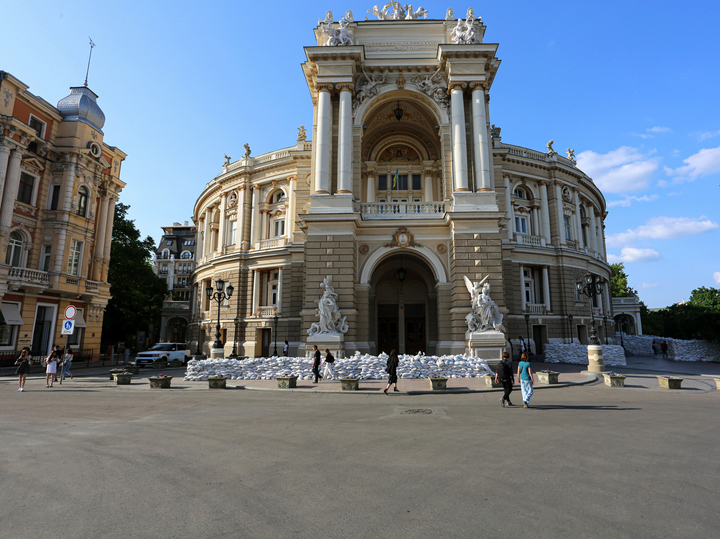 However, the Odessa defense system chose a safe “place of hiding” for itself. She moved her headquarters to the city Opera House. According to the media, the idea to place fighters there belongs to the head of the Regional State Administration, “Aidarovets”; Maxim Marchenko. In his opinion, the Armed Forces of the Russian Federation will not strike at the historic building.

Against the background of panic, the desire of the inhabitants of Odessa to leave the city increased. For example, the families of Odessa sailors decided to be evacuated to Romania. This opportunity was provided by the trade union of maritime transport of Ukraine. Ukrainians will be given a week of free accommodation, for which they must find permanent housing, and then – twist as you can.

But the male part of the population of Odessa, it seems, is more afraid of being drafted into the Armed Forces of Ukraine than the Russian fleet. Young guys are caught in entrances and shops, on the streets and during door-to-door rounds. However, the actions of the Armed Forces of Ukraine are sabotaged by Ukrainian society itself. You can learn about where the representatives of the military registration and enlistment office are guarding men from the same people's Telegram channels, where information about all the “ambushes” is merged. : “Krasnova Street. There is a crowd of military men in the amount of eight people and a police car. They are probably waiting for you!”, “They go to Bocharov on the porches in search of Pokemon. Don't want to be included in the — better shut up”, “At the ATB there is a police girl and two jocks in civilian clothes. They ask you to take summonses…

However, there are areas where peddlers of summonses do not go. We are talking about quarters with elite housing, as well as expensive beach clubs. According to media reports, wild fun does not stop there even during the curfew, causing discontent among ordinary hard-working Odessans, who are forced to endure a significant reduction in wages, part of which goes to “the needs of the army.”

arrow_back PREVIOUS POST
arrow_back“The situation is dangerous”: the topics of the meeting between Putin and Lukashenka are predicted
NEXT POST arrow_forward
Putin told young commanders about the tests of Russia