“Another provocation to accuse Russia of shelling”

Ukrainian armed formations continue shelling settlements that are still under their control. This is done in order to accuse Russian troops and the forces of the DPR and LPR of shelling civilians. Andrey Marochko, a military expert, Lieutenant Colonel of the People's Militia of the LPR, told MK about this. 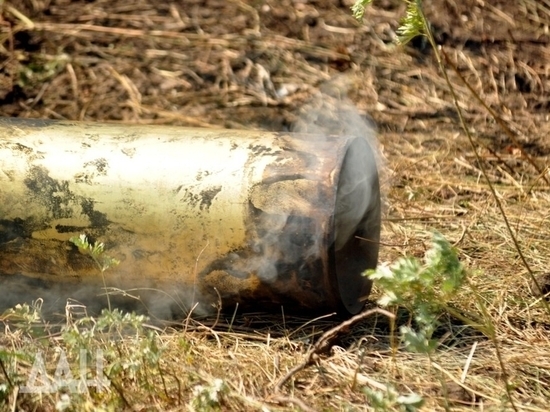 According to the intelligence reports, the headquarters of the 26th separate artillery brigade of the army of Ukraine received a combat order from the higher command with specific targets, according to intelligence reports. The coordinates of civilian objects and residential buildings located in the settlement of Soledar on Preobrazhenskaya, Karpinskaya and Dachnaya streets are indicated.

– Over the past day, as a result of the use of 122-mm artillery systems by Ukrainian troops, three civilians were killed and five were injured in this settlement. That is, we can say that the Ukrainian 26th brigade has already begun to carry out the received combat order, despite the fact that the coordinates clearly show that the targets are purely civilian objects.

– We assume that the Ukrainian authorities will present the death of civilians as a result of the work of our artillery and the actions of the Russian Armed Forces, with the aim of subsequently accusing us of violating international humanitarian law.

According to Marochko, this is far from the first case of war crimes of the Armed Forces of Ukraine in relation to the civilian population of the settlements under their control. So on July 17, a howitzer artillery battalion of the Armed Forces of Ukraine, armed with 152-mm Msta-B guns, shelled Karpinsky Street in the city of Soledar, as a result of which five civilians were killed and seven were injured.

– How and this time, the Ukrainian military receives a combat order to deliver fire strikes on residential densely populated areas of the city of Soledar from a higher headquarters. The goal is to cause as much destruction and casualties among the civilian population as possible, in order to later blame the Russian army for the shelling, the lieutenant colonel added.

According to him, the LPR authorities are monitoring these war crimes, collecting evidence and presenting its investigating authorities. No crime of the Armed Forces of Ukraine should go unpunished.