The request for a leftist idea in politics is alive, but not implemented

A year ago parliamentary elections were held in Russia. A quarter of the votes were received by representatives of the left political spectrum – the Communist Party of the Russian Federation and the SRZP. But, as the classics of political science say, a new election campaign begins the next day after the summing up of the voting results. So what are the prospects for social democratic ideas in Russian politics? 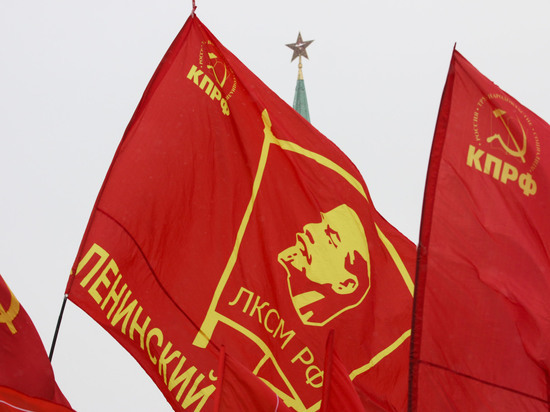 First of all, it is worth talking about the global popularity of leftist ideas. It exists, and this is evidenced by the support in elections around the world of parties of the socialist and social democratic persuasion. This is due, firstly, to the crisis of the capitalist model of the economy, the high demand for social justice. Secondly, the collapse of the global security system, which led to a total decrease in the likelihood of sustainable development both at the level of large economic systems (national states and corporations) and at the level of ordinary households. Finally, thirdly, the support of the socialist statesmen is caused by the degradation of the liberal health care systems and the preservation of the nation. The first and second waves of COVID-19 showed that mortality in post-socialist countries is lower due to the mass character and availability of free/cheap medical services. It is also worth mentioning the global trend towards the degradation of the system of education and upbringing, expressed in the emergence of a generation of dissatisfied with life, but educated people, as well as the total establishment of a negative attitude towards education as a paid service.

Response to these challenges traditionally articulate the left. Related to this is the strengthening of the position of left-wing politicians (Jean-Luc Mélenchon) in the last elections in France, the arrival of the leader of the left to the presidency in Colombia, the recent successes of representatives of this spectrum in Spain and Germany.

There is also a request for a leftist, socialist, social democratic agenda in Russia, but it has not been sufficiently implemented. Such conclusions follow from the report “The Left Agenda 2022 in Russia and in the World”, prepared by experts from the Progressive Policy Foundation and the Center for the Development of Regional Policy. The social democratic ideology is defended by two key players in the political field: the Socialist political party “A Just Russia – Patriots – For Truth” (SRZP) and the “Russian Party of Pensioners for Social Justice” (RPPSS). A number of other parties: “Russian Party of Freedom and Justice”, “Party for Justice!”, “Alternative for Russia (Socialist Choice Party)” are so insignificant and invisible that they can be neglected.

Analyzing the current state Let us emphasize that, despite the good result of the party in the regional elections of 2019 and 2020 (7 victories out of 9 regional campaigns in 2020), the party did not get into the State Duma of the VIII convocation, lost state funding, but retained, thanks to regional representation, the right to nominate candidates for elections without collecting signatures.

The weak side of the party program of the RPPS is the direct allocation both in the name and in the key program provisions of the reference point to one social stratum – people of the “silver” age. In this aspect, it competes for the electorate with an amorphous and ideologically vast party in power, and also intercepts the votes of the Communist Party of the Russian Federation and the SRZP. In fact, the spoiler nature of the party dooms it to opposing the current left-wing projects in the regions in order to promote representatives of the systemic regional elites. The demand for such a service is becoming quite low in modern political realities. The future of the “Pensioners' Party” is most likely in a merger with a stronger player, and in the coming years it may turn out to be a bonus for some of the parliamentary parties.

Unlike the RPPSS, the A Just Russia – For Truth party positions itself as socialist, actually corresponding to the social democratic niche of the moderate left. The degree of radicalism of the party was added by the association in 2021 with Zakhar Prilepin's For Truth party, which strengthened the militaristic rhetoric in the Socialist-Revolutionary election program.

By inviting bearers of the “Russian spring” idea, such as Prilepin, Kazakov, Starikov, Mikheev and others from the For Truth party, to the party, Sergei Mironov received an informational advantage in the current conditions of the special military operation in Ukraine, as well as a certain right to forgiveness minor errors in the assessments of the actions of the Russian army by the old SRs. Thus, the anti-militarist statements of some members of the SRZP remained unnoticed, although such criticism by representatives of the Communist Party of the Russian Federation was cruelly publicized in a negative context. We can draw a probabilistic conclusion that in the future SRZP will receive a number of preferences and a clear head start in competition with the Communist Party. One of the forms of preferences could be just the takeover of the “Pensioners' Party”.

Today, society has a high demand for the articulation of images of the future, understanding in the long term the vectors of development of our country. What do the leftists propose in this sense?

– The launch of a new economic policy, namely the transition to a policy of full-fledged state capitalism. Target emission of money for the development of large-scale infrastructure projects, state regulation of prices, strict protectionism and mandatory total import substitution. All this seems to be extremely relevant and important in the context of sanctions pressure and the unfolding global economic crisis;

– a return to the Soviet system of social guarantees for a wide range of vulnerable people;

return to free universal education and medicine. The request for a radical “reconquista” in education and science, up to the exit from the Bologna system, the rejection of the Unified State Examination, and the focus of scientific research on the domestic market are now at the top of the political agenda. But neither the Socialist-Revolutionaries nor anyone else has formulated a clear answer to the question of what the Russian education system should be like. The temporarily ended pandemic exacerbated the problem of a reformed healthcare system, a shortage of beds and a reduction in the number of doctors. Radical measures are expected from the authorities to cancel part of the reforms and recreate both education and medicine in a quasi-Soviet form;

– Carrying out tax reform. Ways to implement this idea range from the introduction of a luxury tax and a progressive taxation scale to a fair (unconditional) basic income (FBI). It should be noted that the idea of ​​an unconditional basic income, which has been gaining popularity in the West in recent years, is promoted by the right, while the left, on the contrary, are its opponents, justifying that this initiative is an unequal replacement for the realization of the right to work;

– rebuilding a great empire. In the conditions of the post-war world, this idea runs the risk of polarizing and sliding moderate social democrats into the right-wing conservative sector. An alternative could be the emergence of a coherent economic model for the creation of the Eurasian Union in the format of the USSR 2.0;

– a new cultural policy and lustration of all elite groups.

Serious shortcomings of the Russian model of the social democratic alternative, which greatly distinguishes it from the generally accepted world patterns, are the following.

First, the trade union movement is poorly developed in the country. Trade unions are traditionally satellites of socialists and social democrats, forming an urgent request for the protection of the interests of the working man. The emergence of trade union movements in Russia precisely as a political force is quite possible in the near future in the event of the start of a global economic transformation. In addition, the idea of ​​forming quasi-trade union movements in student and youth movements that do not have any serious organizations seems promising.

Secondly, the lack of the theme of the development of public self-organization and local self-government on the agenda. The zemstvos that existed in Russia in the second half of the 19th and early 20th centuries were the soil and foundation of representation in an authoritarian empire. The weakness and underdevelopment of the local self-government system poses great risks for the further progressive development of the country. It is the socialists who have traditionally advocated and advocate the encouragement of forms of self-organization and self-government. Perhaps the territories of denazified Ukraine will become a platform for the application and testing of new forms and models.

Thirdly, the resetting of the agenda of international international cooperation of the left. Russia's role in the Socialist International weakened back in 2014, after reunification with Crimea, during the first sanctions war. And in March of this year, the membership of the SRZP in this organization was generally suspended. True, in the context of the total collapse of all institutions of world cooperation, this is rather a challenge for the next decade – the formation of new country unions and geopolitical blocs around Russia. The role of the left in this process seems to be very significant.

In general, summing up, we can conclude that the left, socialist discourse in Russia, as well as throughout the world, is relevant and will be in demand in the future.