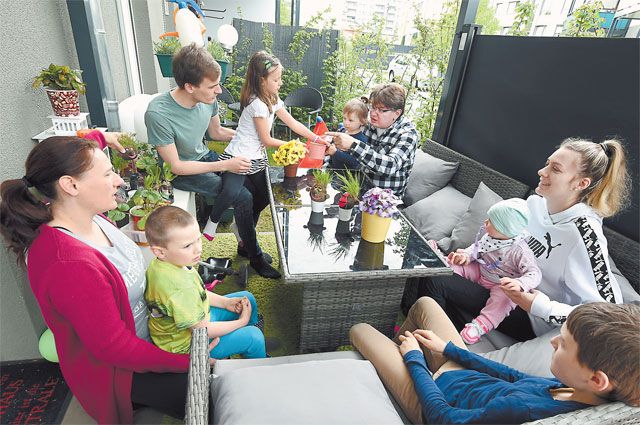 As a national project “Demography” and the region where these young parents live, they are helped – read the history of the family from Kaluga. :block;” />

A house as a gift

“After the birth of the third child, it became difficult financially. But just then various social payments came up, and everything settled down. They gave birth to another child, and then they decided on the fifth one, – says 32-year-old Anastasia Dorohova.

The Dorokhov family lives in the Kaluga region. At the beginning of this year, parents with many children received a certificate worth more than 2 million rubles. for the construction of a house under the program of the Ministry of Construction “Providing affordable and comfortable housing.”

“In 2019, after the birth of our fifth child, we stood in line for the improvement of living conditions, – says Anastasia Dorohova. – At the end of February 2022, we received a certificate, and in March we signed a contract for the construction of a house. Invested more capital. I had to add a very small part of my savings, so we could do without loans and mortgages. The house has been built, we are waiting for the electricity to be connected in order to move in.

Anastasia's husband works as a special equipment driver, so government support for the family is essential. “From birth to 3 years old, we received a payment for the youngest child in the amount of the living wage, – shared by a mother of many children. – For middle children – payments from 3 to 7 years. Older children from this year fell under payments from 8 to 16 years old (new allowance introduced in 2022 – Ed.). Plus, we have three schoolchildren, and school meals are also free. At the birth of the third child, in addition to the federal capital, they also received a regional – 100 thousand rubles In addition, we get 600 rubles. per month for each child – these are regional payments to those who have four or more children.

The support of loved ones is important

Both spouses are from large families. «I am the fourth child in the family, my mother – seventh, husband – third, grandparents also grew up in large families. We have no idea how – live only for yourself, without a large crowd of people in the house, & ndash; Anastasia Dorokhova says She gave birth to her eldest daughter at the age of 20. A year after the first child, the second appeared, two years later the third… On the fifth we decided to stop. After the eldest daughter, three sons were born. “And we so wanted another daughter, it worked out the fourth time,” – a young mother laughs.

Anastasia Dorokhova believes that in the case of children, the last thing you need to do is listen to other people's advice. “Discourage others – do not give birth, because you will not feed, – not properly. If you want a baby – give birth. It’s not even the money that matters, but the support of loved ones. If it is, then many problems can be solved. And when they say around: “Why are you giving birth, where are so many” hellip; – it's hard to overcome negativity. You can do stupid things, and then regret it.

arrow_back PREVIOUS POST
arrow_back“Overestimated their strength”: what led to the death of tourists in Kamchatka
NEXT POST arrow_forward
Plant your tree. The annual campaign “Save the forest” has started in Russia