Russia is ready to respond “non-mirror” The three Baltic states decided to close the transit of Russians with Schengen visas through their territory to Europe, and in Russia the introduction of electronic visas for foreigners is again discussed at the highest level 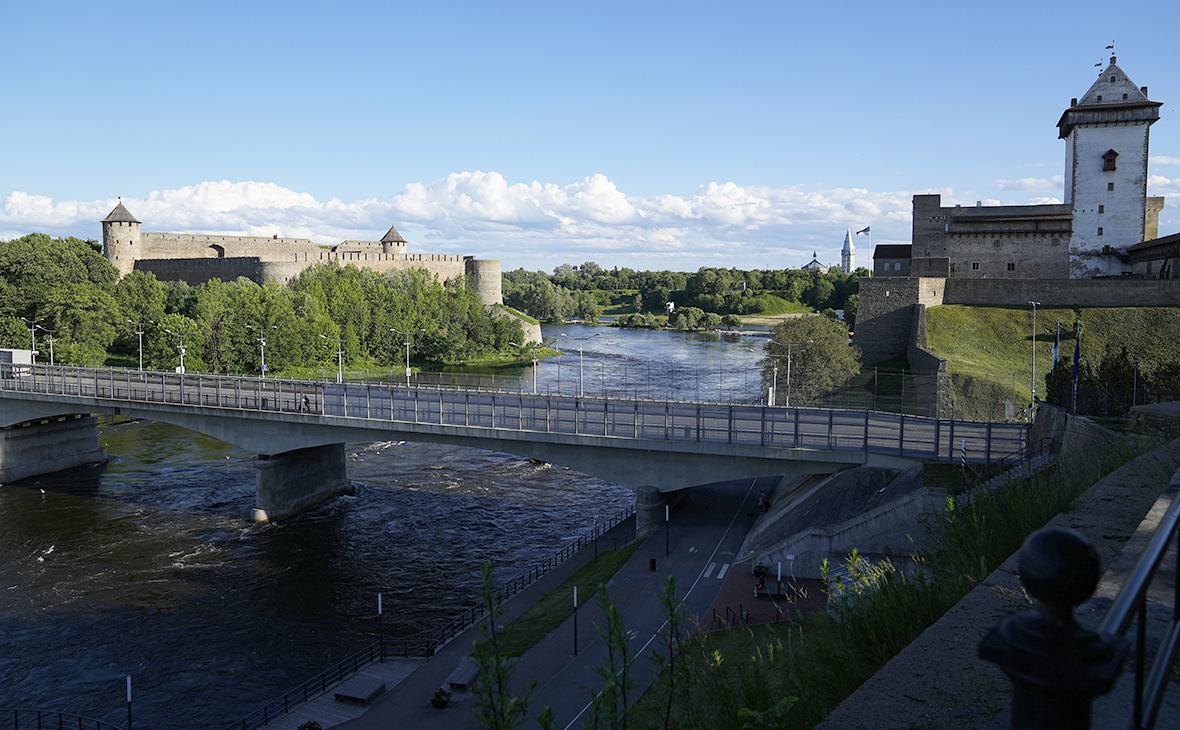 On September 7, Estonia, Lithuania and Latvia agreed to introduce a ban for Russians with Schengen visas to enter the European Union through their borders with both Russia and Belarus, Latvian Foreign Minister Edgars Rinkevics said at a meeting of the Foreign Ministers of the Baltic and Northern European countries, held in Kaunas (Lithuania). The details of this decision are to be finalized this week, and its implementation is scheduled for mid-September. “Decisions will be made by national governments in accordance with national procedures and will take effect simultaneously,” — Rinkevics promised. It is known that an exception will be made for certain categories of Russian citizens— for humanitarian travelers, for diplomats, for those visiting relatives, and for truck drivers.

Finland, which also became one of the transit countries for Russians traveling to Europe after the cancellation of Russia's flights to the EU, did not join the initiative. As the country's Foreign Minister Pekka Haavisto explained in Kaunas, Helsinki wants to wait for the official decision of the European Commission on this issue. “There is a problem of a legal nature: how to determine whether the Schengen visas of Russians are valid or not valid now. We control our own visa issuance process, but we need advice from the European Commission on what to do with visas issued by other Schengen countries, — he clarified.

Finland and Estonia have accounted for two-thirds of Russians crossing the border with the EU since the beginning of the Russian military operation in Ukraine, Bloomberg writes, citing data from Frontex. In total, about a million Russian citizens entered the European Union during this time.

On September 6, the European Commission submitted recommendations to suspend the visa facilitation agreement with Russia. The Committee of Permanent Representatives to the EU (COREPER) was supposed to make the final decision on September 7, this issue was on the agenda of the meeting. On Wednesday, RIA Novosti citing a European source, she said that the committee approved the document, but formally it will be adopted on Friday, September 9, at a ministerial meeting of the EU Council.

The simplified visa regime is expected to be canceled on September 12, after which the visa fee for Russians will increase from €35 to €80, the application processing time— from 10 to 15 days, in some cases up to 45 days (previously the maximum period was 30 days). Applicants will need to provide a larger package of documents for obtaining a Schengen visa (the recommendations do not say which additional documents may be needed). The European Commission also proposed issuing fewer multiple-entry long-term visas. In total, according to the EC, about a million Russians have valid Schengen visas.

The visa facilitation agreement between Russia and the EU was concluded in the spring of 2007. It stipulates the conditions for issuing short-term visas with permission to stay for up to 90 days within 180 days, the cost of issuing visas, a list of documents submitted by applicants.

This agreement was partially suspended on February 28, after the start of the Russian military operation in Ukraine. The restrictions affected members of official delegations, the government and parliament, the Constitutional and Supreme Courts, holders of diplomatic passports, as well as entrepreneurs. In May, the European Commission issued clarifications on how the states of the union should act in relation to these categories of Russians. “These categories of persons no longer have privileged access to the EU, they need to provide documentary evidence of the purpose of the trip when obtaining a visa, as well as pay the visa fee in full— €80»,— explained in the EU. The document emphasized that the said measure would not affect ordinary Russians.

Read on RBC Pro Pro How the “antelope method” will help you cope with stress in five minutes Articles Pro The export market in Russia has changed: how to sell goods abroad now intends to pay dividends. What will happen to the stock market Articles Pro The myth of big incomes: why going into IT is a bad idea Here are 5 ways to develop it Instructions Pro Where Russians can profitably and safely buy overseas property Articles Pro Can foreign tourists save the Turkish economy Articles

On Wednesday, at the plenary session of the Eastern Economic Forum, Russian President Vladimir Putin said that in the issue of issuing visas to Europeans, Russia will not do anything contrary to its interests and will not impose retaliatory restrictions.

“[Foreign Minister Sergei] Lavrov will probably be angry with me— he is here in the hall just looking carefully, & mdash; because the Ministry of Foreign Affairs always acts like a mirror: they spat on us— we, too, must respond with a spit, our visas were closed, and we, too, must close visas for everyone,— Putin said.— We are interested in young people coming and studying with us. Why close them? We are interested in business coming here and working with us, despite all the restrictions. And there are a lot of such businessmen who love Russia, come here or want to work here. Here you are, please, let them come and work. Why limit them? The tutors are coming. Let them come and work! What's wrong here? Athletes, artists. Why limit? We will not cut these contacts ourselves.

According to the decree of the Russian President, since May 2022, the visa facilitation regime with the EU has been suspended for a number of categories of citizens of the association and countries belonging to the Schengen area,— European officials, diplomats, journalists, members of national and regional parliaments, governments and courts have lost preferences when processing documents for entry into Russia.

At a meeting of the State Tourism Council, held in Vladivostok the day before, the head of the Federal Tourism Agency Zarina Doguzova asked Putin to return to the issue of issuing electronic visas to foreign tourists. “They (Europeans.— RBC) they don’t want to see us, but we would be glad to see their tourists, and let them spend their money here and get to know our country. Therefore, we ask you to return to the issue of an electronic visa and instruct to consider the possibility of launching this long-awaited mechanism,— she said. Doguzova made a similar call on the sidelines of the St. Petersburg Economic Forum in June.

According to the law adopted in July 2020, Russia had to issue electronic visas to citizens of 52 countries, including EU members, from January 2021. However, the start of the law was delayed due to the current entry restrictions against the backdrop of the pandemic, which were lifted only in mid-July 2022. The website of the consular department of the Russian Foreign Ministry indicates that electronic visas to Russia are not currently being issued.

The Association of Tour Operators of Russia, citing statistics from the FSB Border Guard Service, reported that 57.7 thousand foreigners visited Russia in the first quarter of 2022 tourists, and for the same period of pre-pandemic 2019, the country was visited by 6.4 million foreigners.