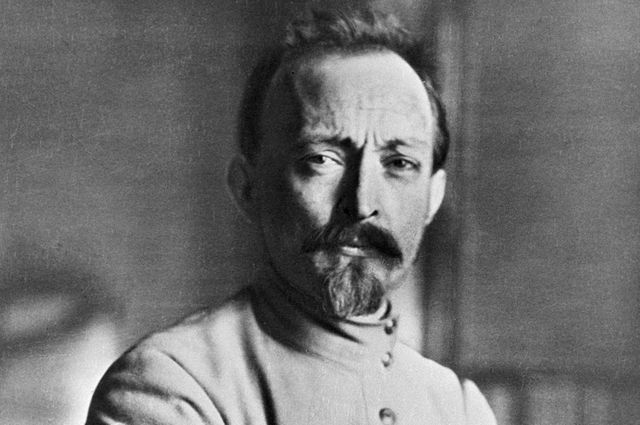 For whom is he an enemy?

These words are still relevant, although they were uttered almost 100 years ago, on July 20, 1926. The speaker was so keenly worried about this topic that he became ill. On the same day he died. Thus ended the life of Felix Edmundovich Dzerzhinsky.

The attitude towards this figure may well serve as an indicator of the seriousness or infantilism of a person. The demolition of the monument to Dzerzhinsky on the Lubyanka became a symbol of the August events of 1991, and at the same time a symbol of the collapse of the Soviet Union, to the creation of which the “Iron Felix” had a direct bearing.

The monument was demolished, because in the minds of the “democratic public” Dzerzhinsky was the creator of punitive organs and a conductor of terror. And in the minds of the champions of imperial Russia, he was a despicable revolutionary who destroyed the state.

The difference between the revolutionaries of October 1917 and those who are trying to appropriate this status now is colossal. For Dzerzhinsky — this is not only a person who wanted cardinal changes, but who perfectly understood how and on what principles to implement them.

The mission of the “proletarian Jacobin”

The young Soviet state in the first months of its existence faced not only compatriots who saw the future differently, but also foreign intelligence agencies who did not want to see Russia in a strong and stable capacity — neither with the Bolsheviks, nor without.

Yakov Peters, Dzerzhinsky's deputy for the Cheka, later recalled: . But Lenincalled Dzerzhinsky … “a proletarian Jacobin.” Felix Edmundovich after the meeting sadly remarked that if he is now Robespierre, then Peters — Saint-Just, apparently. But neither of us is laughing…»

With 23 personnel and a house with broken windows as headquarters, that is, from absolute zero, the history of the Soviet special services began. At that moment, no one could believe that these enthusiasts would be able to resist the experienced counterintelligence officers of the White Army, and even more so the British and other foreign “well-wishers”. 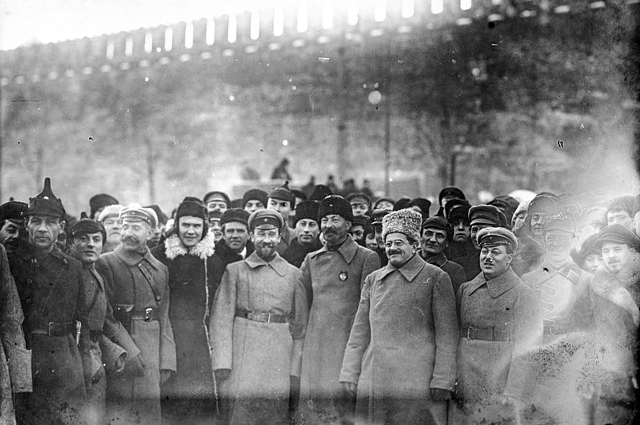 1922 F.E. Dzerzhinsky with the commanding staff of the Cheka on Red Square. Photo: Public Domain

But in just a few years, Dzerzhinsky will be able to create an effective structure that will work not only on the territory of the country, but also abroad. The Soviet state has learned to defend itself not only in open battles, but also in secret behind-the-scenes wars. Terror in this system was by no means the main tool.

Not everyone remembers that from 1921 to 1924 he was People's Commissar of Railways, first of the RSFSR, and then of the USSR. And it was during this period that the railways from the state of complete devastation of the Civil War were brought back to normal. And the railways for our country were the main arteries of the economy in those days.

One of the greatest merits of Felix Dzerzhinsky is the successful solution of the problem of child homelessness that arose after the Civil War. Only according to official data, about 5 million people became homeless during the war years. Dzerzhinsky, who became chairman of the commission to combat child homelessness, supported the creation of a system of children's institutions — orphanages and “communes”, in which yesterday's homeless children received medical care, education, food. Among those who were returned to normal life by Dzerzhinsky — future academicians, engineers, designers, military men who brought glory to the Soviet Union.

In February 1924, Felix Dzerzhinsky took over as chairman of the Supreme Council of the National Economy of the USSR — body responsible for developing general principles for regulating the economic life of the Soviet republic and coordinating the activities of central and local economic management bodies. In the last years of his life, he paid the greatest attention to the economic problems of the country. As a matter of fact, it was this post and worries about shortcomings in the economic system that became one of the reasons for Dzerzhinsky's departure from life at the age of 48.

The time has come?

Against the background of modern world challenges, the figure of Dzerzhinsky is presented in a completely different light, even for those who previously criticized the fiery revolutionary.

Representatives of public organizations under the auspices of the All-Russian organization “Officers of Russia” will hold a solemn laying of flowers in honor of the 145th anniversary of the birth of Felix Dzerzhinsky in the Muzeon park; and on Lubyanka Square.

The initiative to return the monument to “Iron Felix” to the Lubyanka is still alive. By the way, some of those who zealously opposed this, with the start of a special military operation, found themselves, to put it mildly, on the other side. But now we desperately need people like Felix Edmundovich, who can take responsibility in the most difficult days for the country.