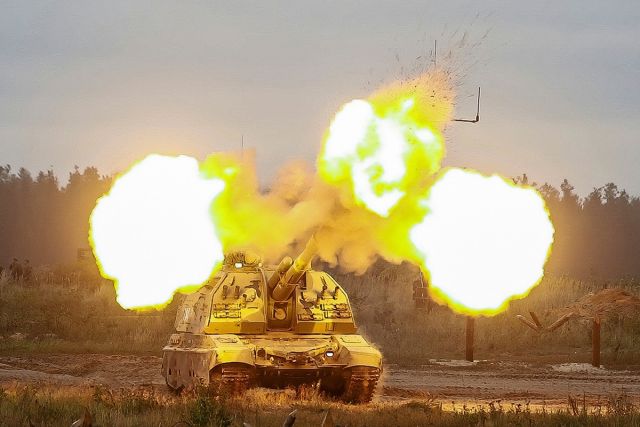 The Ministry of Defense of the Russian Federation has shown a video showing the combat work of self-propelled artillery mounts 2S-19 "Msta-S" Izyumsko-Balakleya grouping of the RF Armed Forces.

According to the defense department, the crews of 152-mm Msta-S self-propelled howitzers fire is conducted at ranges up to 30 kilometers. In the course of carrying out combat missions, artillerymen use high-explosive, high-explosive fragmentation, as well as high-precision ammunition, which allows them to inflict maximum damage on fortifications, buried concrete fortifications, armored vehicles and enemy manpower.

Previously, the official representative of the Ministry of Defense, Lieutenant General Igor Konashenkov said that the units of Russian troops near Balakleya and Izyum would be regrouped to step up efforts in the Donetsk direction. It was reported that this redeployment is aimed at achieving the goals of the NWO.