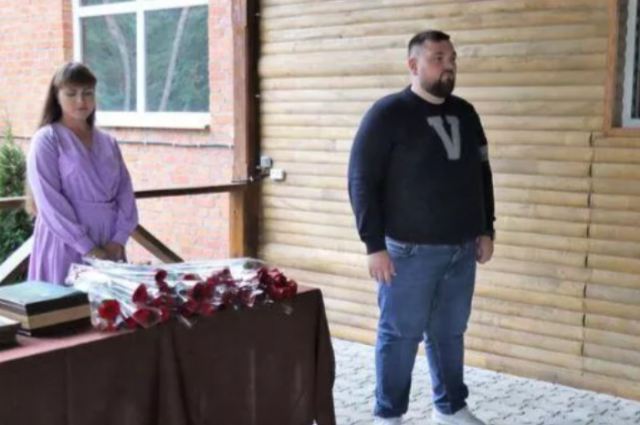 Deputy of the Verkhovna Rada of Ukraine from the ruling Servant of the People party; Nikolai Zadorozhny arrived at the city event in Trostyanets in a sweater with the letter “V”, writes RIA Novosti.

The Trostyanets City Council published the corresponding photos on the social network. The event was organized in honor of the Day of Forest Workers.

Later, the parliamentarian asked for forgiveness on the social network for his appearance, calling the incident “reckless”.

Recall that the letters “Z” and “V” are unofficial symbols of support for the Russian military special operation in Ukraine and are painted on the sides of Russian military equipment participating in it.

The other day it was reported that the Gymnastic Ethics Foundation (GEF) appeal tribunal partially granted the appeal of Russian gymnast Ivan Kulyak, who was disqualified for the letter “Z” on the form.

arrow_back PREVIOUS POST
arrow_backGautam Adani became the second richest person in the world, overtaking Jeff Bezos
NEXT POST arrow_forward
The number of deaths due to coronavirus in the world exceeded 6.5 million