The scandalous detention of the then Senator Rauf Arashukov took place right in the meeting room of the Federation Council in 2019. The jury found him guilty on all charges, the judge will decide on the punishment “(max-width: 320px) and (-webkit-min-device-pixel-ratio: 2), (max-width: 320px) and (min-resolution: 192dpi)” > 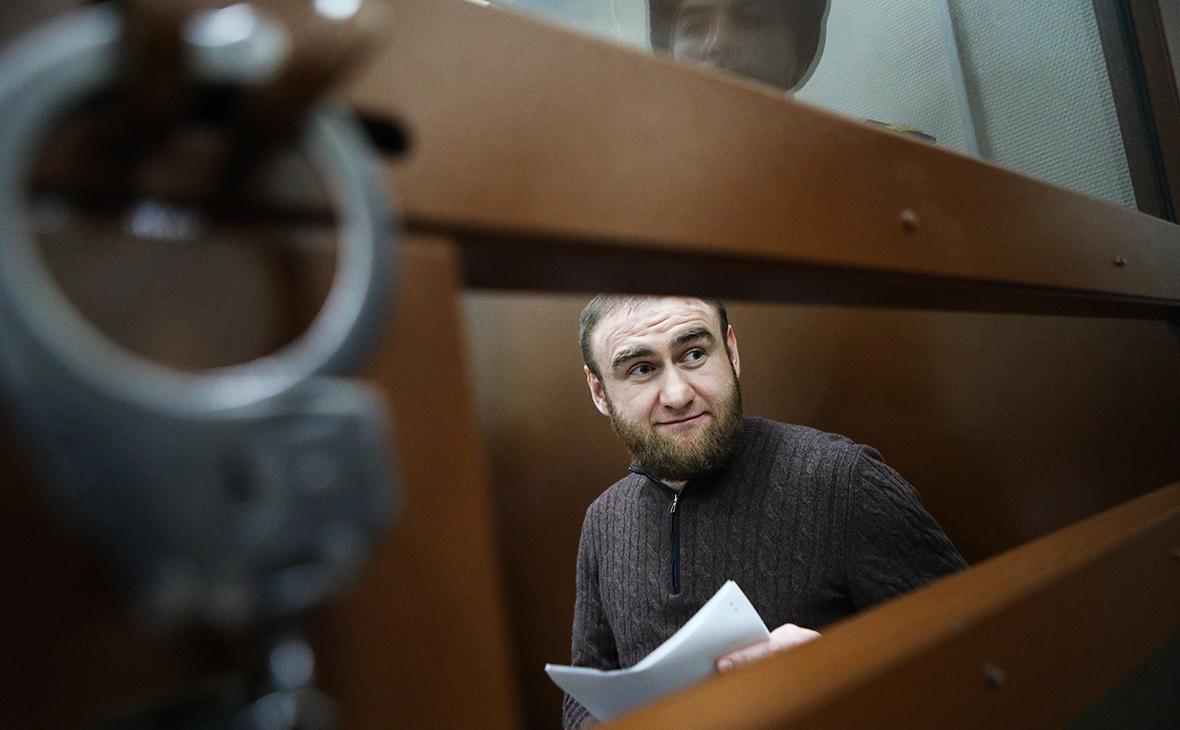 The jury of the Moscow City Court convicted the former senator from Karachay-Cherkessia Rauf Arashukov on all charges, including organizing murders and creating a criminal community, TASS reports.

The jury also found guilty of participation in a criminal group of the ex-adviser to the general director of the company “Gazprom Mezhregiongaz” Raul Arashukov (father of Rauf Arashukov), former acting Head of the Department of the Investigative Committee for Karachay-Cherkessia, Major General of Justice Kazbek Bulatov and Timur Betuganov, ex-head of the Center for Countering Extremism of the Ministry of Internal Affairs of Karachay-Cherkessia. The foreman of the jury added that the defendants in the case did not deserve leniency.

“On the question of whether Arashukov R.T. in the creation of a criminal community for the purpose of illegal enrichment— in particular, by stealing gas, the board answered “yes”. To the question of whether it was proved that Arashukov R.R. entered the specified community, Bulatov K.A. and the ex-head of the center for countering extremism of the Ministry of Internal Affairs of Karachay-Cherkessia Timur Betuganov, the board answered “yes”, — the foreman of the collegium read out the text.

The jury decided that Andrei Filippov, the investigator of the Investigative Committee for the KChR, was not guilty of membership in the specified criminal community, but was only involved in the abuse of official powers. Also, according to the jury, another person involved in the case is not guilty under the article on the criminal community. former employee of Gazprom Mezhregiongaz Stavropol Guzer Khashukaev. He was found guilty only of involvement in the theft of gas and a false denunciation. Earlier, he testified against other defendants in the case.

The investigation believes that Rauf Arashukov, on the instructions of his father, organized the murders of the deputy chairman of the public youth movement “Adyghe-Khase” KChR Aslan Zhukov and adviser to the head of the republic Fral Shebzukhov, as well as the beating of a witness to the murder of Zhukov. In addition, the ex-senator influenced Bulatov and Betuganov to conceal their crimes, the case says.

The Arashukovs were detained in 2019. The investigation accused them of creating a criminal community that had been operating for about 17 years.

Read on RBC Pro Pro What you should definitely not do if you are anxious: 5 tips Instructions Pro Why a glass of wine is a bad way to get rid of stress Articles Pro Who will not open an account abroad and why Instructions Pro Melatonin: should I take it at night? Pro Articles No Worries: Practical Stress Management Techniques Pro Instructions Russian mini-shop brands: who now sells on Ozon and Wildberries how the authority of the Article disappears

Rauf was also charged with the organization of two murders and a deliberately false denunciation, his father— fraud.

Rauf Arashukov was detained on January 30, 2019 during a meeting of the Federation Council. Later, his father Raul Arashukov was arrested, as well as several other top managers from the structures of Gazprom. in the North Caucasus. Speaking in court as the detainees were restrained, the investigator said that the organized criminal community created by Arashukov to steal gas had been operating for 17 years. “The criminal community has been functioning since 2002 on the territory of the North Caucasian Federal District. Arashukov, being its creator, gradually, methodically appointed his relatives to key positions in the gas industry, after which they, either personally or giving instructions to their subordinates, committed actions to steal gas, — said the representative of the TFR.

By the time the alleged members of the OCG were detained, they managed to steal gas in the amount of 31 billion rubles, the investigation believes. At trial, the criminal group led by Arashukov was charged with stealing gas for more than 4.4 billion rubles.

Betuganov and Bulatov were detained by the FSB in April 2019. According to investigators, they were engaged in operational support for the murders, in which Arashukov is suspected. Both security officials were friends of the senator.

In July 2021, the Basmanny Court of Moscow seized the property of Raul and Rauf Arashukov for 1.3 billion rubles in favor of the state.