Global chart-topping artist ACRAZE returns with “Believe” Feat. Goodboys – the DJ/producer’s first official single since his global hit “Do It To It,” which racked up over 12 billion combined streams worldwide. “Believe” is an uplifting plea for meaning that builds with dramatic, cinematic tension. The track takes its inspiration from the chorus of “Toca’s Miracle” – which was a mashup of Coco’s “I Need a Miracle” and Fragma’s “Toca Me” that topped the UK Official Singles Chart in 2000 – and offers a fresh message of hope.

“On your journey to success, it’s inevitable that you will hear ‘no’ more than ‘yes,’” says ACRAZE. “Believing in myself when no one else did was what I did best. This song is a true representation of what it felt like in the low moments of my life. I hope you guys enjoy ‘Believe’ as much as we enjoyed making it.” 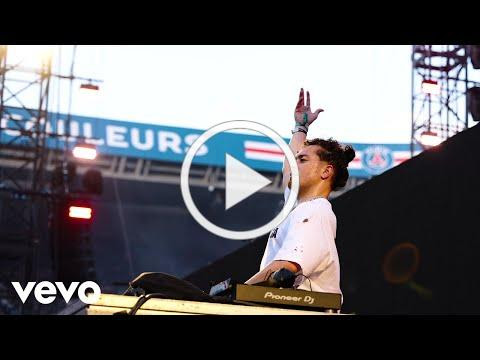 ACRAZE gave “Believe” its live debut during his massive Do It To It summer tour – a 50-date outing that took him to 19 countries and included marquee billings at Ultra, Tomorrowland, Sensation and other festivals. He also performed alongside DJ Snake at his stadium show at Parc des Princes, Paris, packed with 80,000 concertgoers. The visual for “Believe,” which can be viewed HERE, gives fans a glimpse of the tour’s highlights. ACRAZE’s fall run includes performances at Breakaway Carolina, EDC Orlando, and the Seismic Dance Festival. See below for itinerary. Tickets are available HERE.